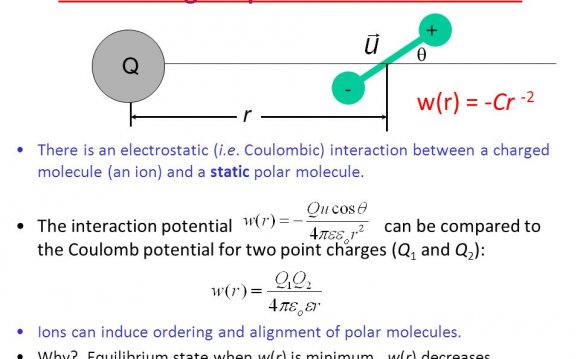 Through various experiments, Charles Augustin de Coulomb found a way to explain the interactions between charged particles, which in turn helped to explain where the stabilities and instabilities of various particles come from. While the entities that hold atoms together within a molecule can be attributed to bonds, the forces that create these bonds can be explained by Coulomb Forces. Thus, the physical basis behind the bonding of two atoms can be explained.

Each atom is made up of a nucleus in the center, which consists of a number of protons and neutrons, depending upon the element in question. Surrounding the nucleus are electrons that float around the nucleus in what can be thought of as a cloud. As two atoms approach one another, the protons of one atom attract the electrons of the other atom. Similarly, the protons of the other atom attract the electrons of the first atom. As a result, the simultaneous attraction of the components from one atom to another create a bond. This interaction can be summarized mathematically and is known as Coulomb’s Law:

As two atoms approach each other, energy is released and thus the overall energy decreases. When the atoms become close enough to the point where repulsive and attractive forces balance each other, energy ceases to be released and as a result the atoms reach the minimum energy level; a stable bond forms. The distance from one nucleus to the other in a stable bond is known as the bond length. When the atoms get too close together, however, the energy begins to rise again due to repulsion between the two nuclei and the two sets of electrons. In order to break a bond, energy must be absorbed. Thus, the energy level of the atoms rise. When the atoms are far apart enough from one another, attractive and repulsive forces are no longer significant and the energy levels of the atoms will approach a constant value.