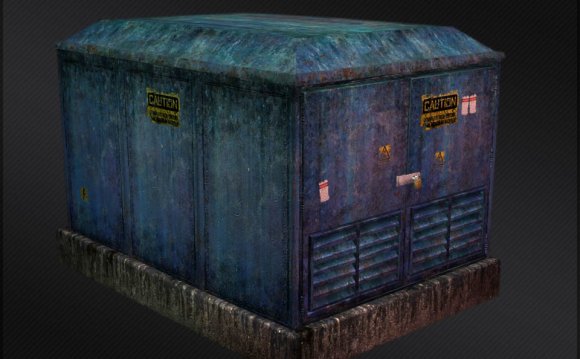 If we are to continue advancing as a species and consuming more and more power per person, then there are only two possible endpoints for human power production, and they’re both fusion. Either we figure out how to soak up and use a large portion of the energy falling on the Earth from our solar system’s huge, distant fusion reaction (solar power) or we figure out how to create and sustain smaller, more manageable fusion reactions right here on Earth (fusion power). In either case, the energy that could possibly let the Earth’s entire population ascend well beyond a modern first-world lifestyle is contained in the very makeup of the universe itself.

First principle: Matter and energy are interchangeable and, in a certain philosophical sense, are basically the same thing entirely.

Einstein was the one who first put this idea into mathematical form: Energy is equal to mass times the speed of light, squared (E=mc2). Remember that c, the speed of light, is a finite number, so c2 is a finite number as well — an absolutely enormous one. So, without needing too much mathematical education, we can see one thing right off the bat: If this equation is correct, then just a tiny, tiny bit of matter corresponds with a whole, whole lot of energy.

Take two protons (we can think of these as being nuclei of the element with one proton, hydrogen), and weigh them. Now, fuse those two separate protons together to form a single two-proton atom (a helium nucleus), and weigh this product again.

What you’ll find is that the fusion product weighs very, very, very slightly less than the individual protons that went into it. And since we all know that matter cannot be created or destroyed, there’s only one possible explanation: That infinitesimally small amount of lost matter has been converted into an astonishing amount of energy.

Primarily, that energy is released in the form of heat. In principle, we should be able to use this energy the same way we do almost every other type heat source: Boil water to make steam to turn a turbine to make electricity.

The problem is overcoming all the practical impediments to actually doing this.

The first problem with fusion power is fusion itself: How do we do it? There are a number of ways, but the simplest are not at all useful for power production; a thermonuclear device triggers a fusion bomb by using the explosive force of a small fission bomb, for instance, but nuclear-bombing a pellet of hydrogen fuel just isn’t a sustainable option for power generation. On the other hand, we can already safely and reliably force fusion between single atoms in high-powered particle accelerators, but fusing just two individual atoms into one won’t release the volume of energy we need. Particle accelerator aren’t structured for harvesting heat as power, in any case.

So, the challenge of creating fusion has led to two major schools of thought: Either we use simple physical force to collapse a sample of hydrogen down so powerfully and rapidly that the atoms at the center begins to fuse (called inertial confinement), or we use high-powered magnets to contain the hydrogen sample as we heat it further and further to create fusion through simple input of energy (called magnetic confinement). Inertial confinement has to create its implosive force with batteries of high-tech lasers, or even huge mechanical hammers, while magnetic confinement requires equally finicky and expensive magnetic tokamak rigs.

In both cases, the challenge is not really creating fusion, but sustaining it. The first fusion reaction, created by us, has to release enough energy and do it in such a way as to cause further fusion reactions in the sample, which in turn cause more fusion reactions, and so on. This is basically the cascading reaction that continues uncontrollably in a thermonuclear bomb, but this time in a form that can be controlled — mostly because it’s occurring in a fuel pellet that weighs only about a millionth of the one we load into a hydrogen bomb.