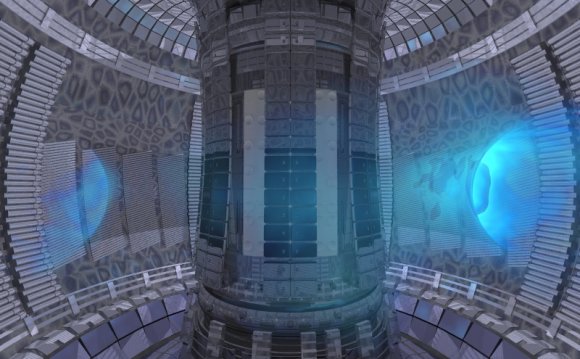 Here Tom McGuire, the inventor and leader of the Lockheed Martin CFR project, explains the basics of the concept.

According to McGuire, when it comes to deep space exploration “the grand vision is we can get to Mars in a month, and you can only do that if you have a ton of power. So this is the type of power source you’d need to do that. You would bypass some of the space radiation issues and make a real transportation path back and forth.” Of course, McGuire acknowledges the plan is “very ambitious” but relies entirely on “how light you can make it.” Given the possible power to weight ratio of a fusion system he thinks it might be in reach. “To get there fast you need to get to like 30 to 40 kms/sec delta-v (change in velocity). That’s an order of magnitude higher than you can do with chemical rockets. You need a very lightweight, high power output source and that is what we provide.”

For air-breathing aircraft propulsion, McGuire says the concept remains challenging but is far more viable with fusion rather than fission as was explored in the past. Earlier experiments, including the U.S.A.F’s nuclear aircraft project, paved the way for many areas that the CFR could take advantage of. “We have been looking at the gas turbine infrastructure as our heat transfer so in some sense fusion power is just making a hot wall. We will just take that hot wall and run it through a heat exchanger in a gas turbine, and some of that has already been figured out back in the 1950s. It is another answer to what makes you think you can do it.

It is pretty audacious but we have 50 years of engineering behind us. It would be insulting to think we haven’t made some progress over that time.”

McGuire also realizes that when it comes to nuclear power, particularly for power generation on the ground and in the atmosphere, the whole concept has an image issue. “That’s another reason to be public and get the message out there. We want to get people excited about all the positives. It’s about education, and when people find out more about it (CFR), it’s hard not to get excited and support it. We have a long ways to go, and there are lots of challenges, but we have a path to do it and a community of fusion researchers and national labs. There’s a collaborative atmosphere and we have got some really good feedback so far. There’s even private capital being employed –- so people seem primed to go for this.”