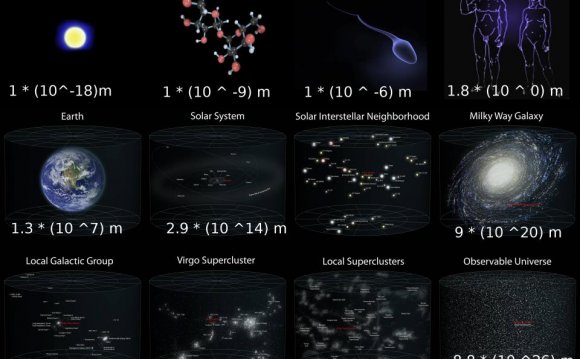 Infographics often deal with large numbers or large concepts, with the goal of making the viewer understand just how large they really are. This is also a huge failure point because designers and storytellers often don’t keep comparisons in the same orders of magnitude.

As soon as the comparison leaves the first order of magnitude, though, it becomes less relatable.

Did you know that Chevy Volt owners have surpassed 100 million all-electric miles in the first two months since it launched? That’s like going to the moon and back, 210 times!

There have been six man missions to the moon, how can you go there and back 210 times? The comparison simply is not relatable.

It would be far better to do some math, a little research and get an example that is in the same magnitude. “In another 4 months, they will have driven the distance the Curiosity spacecraft traveled getting to Mars.”

Such mismatched comparisons are often present in poor infographics.

A recent report by Bersin & Associates shows that organizations spend $720 million annually to find ways to improve employee engagement. $720 Million dollars? That’s like buying 2, 400 Lamborghinis! 2, 400 Lamborghinis? What is that? That’s not very relatable, either.

So how can we fix it?

The trick is to find something else that costs $720, 000, 000, or thereabouts. This can be tricky, because that is a huge number, and there may not be much to compare it to — but let’s try it anyway. Some research turns up that we misplaced $700 million for post Katrina efforts, and we also spent $700 million on Russian helicopters for the Afghan defense forces. Both of these are off topic, so you need to be creative.

It also turns out Lamborghini only makes around 2, 400 cars a year. So while 2, 400 is certainly out of our order of magnitude, the entire fleet is not. The statement becomes “$720 million dollars? That’s like buying every car Lamborghini made in a year.” That is much more relatable.

So if you are creating or reviewing infographics, and you see a comparison, make sure it’s in the same order of magnitude.