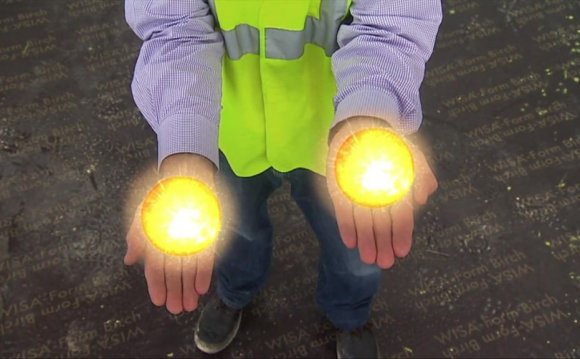 Since the 1920s, scientists have known that it is possible to fuse hydrogen isotopes – versions of hydrogen that contain extra neutrons – to release energy without creating carbon emissions or excessive radioactive waste. The promise of unlimited clean energy is driving a quest for commercially-viable fusion reactors that could meet the world’s growing demand for secure, safe energy.

The ADAS-EU project has helped researchers to model and measure the radiating properties of atoms and ions in plasmas – extremely hot gases in which electrons are detached from their parent atoms to form ions – used for fusion. These models are essential to developing one particular type of plant, a magnetically confined fusion plasma reactor, currently being built in France within an international 30-year project, ITER.

In this type of reactor, atoms in hydrogen plasma within a magnetic field are accelerated to very high speeds so that they can collide and fuse with each other. The plasma will have to be 10 times hotter than the Sun for fusion to occur. This process releases energy that can be harnessed to generate electricity. Models from ADAS-EU are helping scientists learn how to contain the plasma, heat it and control the energy it produces.

Ultimately, ITER will produce the same amount of power as a gas-fired power station (500 MW), albeit for only a few minutes. This would prove that fusion could be a commercially viable source of energy. Actual electricity generation for continuous periods will then be realised at the next stage in the quest for commercial fusion – DEMO – the demonstration fusion power plant.

Project coordinator Hugh Summers of the University of Strathclyde in the United Kingdom says: “Researchers are trying to make plasma hot enough for long enough, and with other conditions right, for hydrogen fusion to occur.” Accurate models that predict atomic processes amongst the different parts that make up the plasma are therefore crucial in developing a large-scale reactor such as ITER, he explains.

ADAS-EU was an extension of ADAS (the Atomic Data and Analysis Structure) – an initiative supported by European, US and other international laboratories, universities and the EU to link theoretical and experimental atomic physics in fusion research.

It supported improvements to atomic physics models around Europe by placing specialist staff in laboratories, developing training courses on ADAS modelling and data techniques and publishing data on public websites.

One was the impact of tungsten contamination. Used for the divertor, a reactor part subject to enormous heat that removes waste particles and heat from the plasma, this very hard, brittle heavy metal can release particles when plasma touches it.

A second was X-ray forbidden emissions, found in high-temperature conditions where the usual rules of atomic transitions are ‘broken’. “We discovered that these carry a lot of the power of the total atomic emission, ” states Summers. “It helps us know what to look for to check that emissions are occurring as expected.”

Sharing its new knowledge, ADAS-EU also created the OPEN-ADAS website, putting ADAS data and the work from ADAS-EU in the public domain. This has become one of the primary sources in the world for information about how atoms radiate and on interpreting spectra in plasma, says Summers.

Collaboration with the International Atomic Energy Agency and Euratom-associated laboratories was important for the project’s achievements. “From its beginnings in the 1950s, European fusion energy research has always been a coordinated programme – it is very complex and investment-intensive, ” says Summers.

He adds that expert European university groups that contributed special knowledge to the ADAS-EU themes are now collaborating in further research into fusion power generation.

The project achieved all its objectives, he adds, “leaving the ongoing ADAS Project in excellent health, very heavily used, fully engaged with ITER, and with world-leading data and outstanding fusion modelling and analysis capabilities.”