Is the Sun nuclear energy 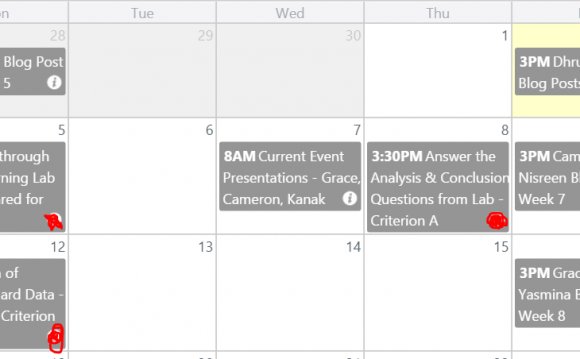 SUBSIDIES for renewable energy are one of the most contested areas of public policy. Billions are spent nursing the infant solar- and wind-power industries in the hope that they will one day undercut fossil fuels and drastically reduce the amount of carbon dioxide being put into the atmosphere. The idea seems to be working. Photovoltaic panels have halved in price since 2008 and the capital cost of a solar-power plant—of which panels account for slightly under half—fell by 22% in 2010-13. In a few sunny places, solar power is providing electricity to the grid as cheaply as conventional coal- or gas-fired power plants.

But whereas the cost of a solar panel is easy to calculate, the cost of electricity is harder to assess. It depends not only on the fuel used, but also on the cost of capital (power plants take years to build and last for decades), how much of the time a plant operates, and whether it generates power at times of peak demand. To take account of all this, economists use “levelised costs”—the net present value of all costs (capital and operating) of a generating unit over its life cycle, divided by the number of megawatt-hours of electricity it is expected to supply.

The trouble, as Paul Joskow of the Massachusetts Institute of Technology has pointed out, is that levelised costs do not take account of the costs of intermittency.* Wind power is not generated on a calm day, nor solar power at night, so conventional power plants must be kept on standby—but are not included in the levelised cost of renewables. Electricity demand also varies during the day in ways that the supply from wind and solar generation may not match, so even if renewable forms of energy have the same levelised cost as conventional ones, the value of the power they produce may be lower. In short, levelised costs are poor at comparing different forms of power generation.

To get around that problem Charles Frank of the Brookings Institution, a think-tank, uses a cost-benefit analysis to rank various forms of energy. The costs include those of building and running power plants, and those associated with particular technologies, such as balancing the electricity system when wind or solar plants go offline or disposing of spent nuclear-fuel rods. The benefits of renewable energy include the value of the fuel that would have been used if coal- or gas-fired plants had produced the same amount of electricity and the amount of carbon-dioxide emissions that they avoid. The table summarises these costs and benefits. It makes wind and solar power look far more expensive than they appear on the basis of levelised costs.

Mr Frank took four sorts of zero-carbon energy (solar, wind, hydroelectric and nuclear), plus a low-carbon sort (an especially efficient type of gas-burning plant), and compared them with various sorts of conventional power. Obviously, low- and no-carbon power plants do not avoid emissions when they are not working, though they do incur some costs. So nuclear-power plants, which run at about 90% of capacity, avoid almost four times as much CO{-2} per unit of capacity as do wind turbines, which run at about 25%; they avoid six times as much as solar arrays do. If you assume a carbon price of $50 a tonne—way over most actual prices—nuclear energy avoids over $400, 000-worth of carbon emissions per megawatt (MW) of capacity, compared with only $69, 500 for solar and $107, 000 for wind.

Nuclear power plants, however, are vastly expensive. A new plant at Hinkley Point, in south-west England, for example, is likely to cost at least $27 billion. They are also uninsurable commercially. Yet the fact that they run around the clock makes them only 75% more expensive to build and run per MW of capacity than a solar-power plant, Mr Frank reckons.

To determine the overall cost or benefit, though, the cost of the fossil-fuel plants that have to be kept hanging around for the times when solar and wind plants stand idle must also be factored in. Mr Frank calls these “avoided capacity costs”—costs that would not have been incurred had the green-energy plants not been built. Thus a 1MW wind farm running at about 25% of capacity can replace only about 0.23MW of a coal plant running at 90% of capacity. Solar farms run at only about 15% of capacity, so they can replace even less. Seven solar plants or four wind farms would thus be needed to produce the same amount of electricity over time as a similar-sized coal-fired plant. And all that extra solar and wind capacity is expensive.

If all the costs and benefits are totted up using Mr Frank’s calculation, solar power is by far the most expensive way of reducing carbon emissions. It costs $189, 000 to replace 1MW per year of power from coal. Wind is the next most expensive. Hydropower provides a modest net benefit. But the most cost-effective zero-emission technology is nuclear power. The pattern is similar if 1MW of gas-fired capacity is displaced instead of coal. And all this assumes a carbon price of $50 a tonne. Using actual carbon prices (below $10 in Europe) makes solar and wind look even worse. The carbon price would have to rise to $185 a tonne before solar power shows a net benefit.

Photographing the Nuclear Disaster in Fukushima