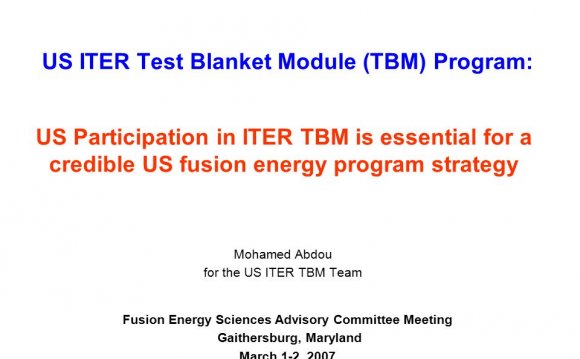 For backers of the troubled international fusion experiment, ITER, under construction in Cadarache, France, a new audit of the United States' part of the project brings more troubling news. Two months ago, officials with the Department of Energy (DOE) raised eyebrows when they reported that the United States' contribution to ITER—9% of the parts and hardware—would cost $3.915 billion, up from estimates of $2.2 billion in 2008 and $1.122 billion in 2005, when the original ITER agreement was finalized. Now, a report released by the Government Accountability Office (GAO) on 5 June finds that even that figure is not reliable.

Although the DOE estimate has some strengths, it and the accompanying U.S. ITER schedule do not provide a credible plan or "performance baseline" for executing the U.S. construction effort, GAO finds. In part, that's because they rely upon an unrealistic schedule for ITER as a whole. "Without a reliable international project schedule, DOE neither can propose a final, stable funding plan for the U.S. ITER project, nor can it reasonably assure Congress that the project's cost will not continue to grow and the schedule will not continue to slip, " the report says.

And slip the schedule has. In 2005, ITER was expected to start the key runs with heavy isotopes of hydrogen in 2013. DOE now estimates that won't happen until 2033.

The report comes in response to Congress’s concern about U.S. ITER's lack of a baseline, which is necessary for construction of any large DOE facility or capital asset. Officials in DOE's fusion energy sciences program had been promising one for years. But in March 2013, DOE officials suggested that construction of the items that the United States is building for ITER could proceed before the baseline was final because the U.S. ITER project was not technically a capital asset, but rather equipment for an international project. That unorthodox claim, made in the White House's proposed budget for fiscal year 2014, which began this past October, led Dianne Feinstein (D–CA) and Lamar Alexander (R–TN), the chair and ranking member of the Senate Appropriations Subcommittee on Energy and Water Development, respectively, and other senators to ask for the GAO investigation.

The lack of a baseline is no mere formality, says Dale Meade, a physicist retired from DOE's Princeton Plasma Physics Laboratory (PPPL) in New Jersey. "That's the key to everything" in a big project, he says. "Frankly, the fusion community was as upset about this as the Senate was." The ITER cost schedule is critical for the rest of DOE's fusion research effort, as the U.S. ITER contribution has eaten up a larger and larger fraction of the total fusion budget. For example, this year, the U.S. ITER contribution of $200 million takes up nearly 40% of the $505 million fusion energy sciences budget.

On the bright side, the GAO report suggests that an internal DOE review was probably too pessimistic when it estimated that U.S. ITER could cost as much as $6.5 billion. And the report makes several recommendations that suggest the problems with U.S. ITER might be fairly easily solved. It recommends the United States pressure the international ITER organization to address various management problems, baseline its effort as soon as there is a realistic schedule for the entire project, and develop a strategic plan for U.S. fusion in general.

Some of those measures are already being taken, according to a letter to GAO from Patricia Dehmer, acting director of DOE's Office of Science. Dehmer agrees to all recommendations and notes that DOE has already begun pushing for management reforms. The GAO report itself notes the ITER organization may have a schedule by next June. And Dehmer says DOE has already asked its Fusion Energy Sciences Advisory Committee (FESAC) to help develop a strategic plan.

However, some researchers doubt the problems can be fixed so simply. For example, in DOE's charge to FESAC, Dehmer asks researchers only to prioritize domestic efforts and not to consider how to balance work on ITER and projects at home. That balance is “the biggest issue and for it to be off the table I think is just wrong, " says Martin Greenwald, a physicist at the Massachusetts Institute of Technology in Cambridge. Meade, who served on FESAC until last year, notes that, given the limits on the ITER organization's authority, the coming schedule may not be any more reliable than the current one. If not, then U.S. researchers may find themselves in a state of perpetual flux, Meade says: "There's a great danger that we'll be constantly in the pickle."

Photographing the Nuclear Disaster in Fukushima