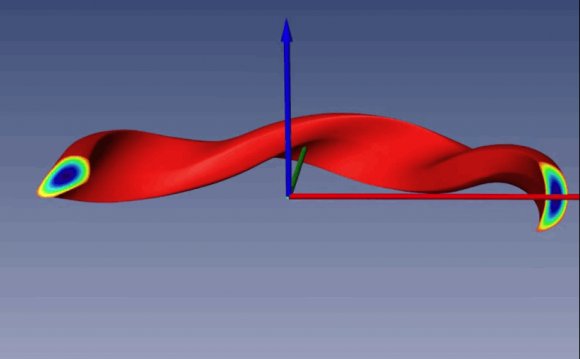 Chinese scientists on Thursday successfully conducted their first test of an experimental thermonuclear fusion reactor, which replicates the energy generating process of the sun.

During the experiment, deuterium and tritium atoms were forced together at a temperature of 100 million degrees Celsius.

"At that temperature, the super heated plasma, which is neither a gas, a liquid nor a solid, should begin to give off its own energy, " scientists explained.

The device is planned to eventually create a plasma lasting 1, 000 consecutive seconds, the longest ever fusion reactor run. Wan said the deuterium extracted from one liter of seawater could produce energy equivalent to that generated by burning 300 liters of gasoline thanks to the fusion technology.

If thermonuclear fusion technology is commercialized, it may provide energy to mankind for more than 100 million years, Wan said.

Li Jiangang, director of the

Plasma Physics, said the results of the test met the expectations and represented a great breakthrough in thermonuclear fusion research.

"That means we lead all our competitors by at least a decade, " said Li. "The breakthrough will make it possible for mankind to harness a safe, clean and endless source of energy."

The EAST is an upgrade of

China's first-generation Tokamak device and the first of its kind in the world, said Chinese scientists. Its construction took eight years and a 200 million yuan (US$25 million) investment from the