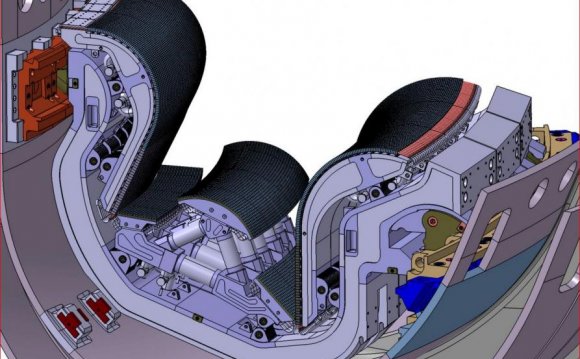 If it works, the company’s reactor would re-create the same nuclear reaction that heats the sun and use it to power cities. Although the potential of nuclear fusion has been studied for decades, Lockheed said it is hoping to build a reactor small enough to fit on the back of a truck and ship.

But is this a realistic goal? Scientists are skeptical, mainly because of the compact size of Lockheed’s experiment.

“As far as I can tell, they haven’t paid attention to the underlying physics of nuclear fusion, ” said Ian Hutchinson, a professor of nuclear science and engineering at Massachusetts Institute of Technology.

The basis of Lockheed’s experiment, which involves building a small reactor in a space 10 meters x 7 meters wide, is not practical because it doesn’t follow the commonly-accepted techniques used to build reactors around the world, Hutchinson said.

The general design of fusion experiments on Earth involve huge doughnut-shaped structures, about as large as a gymnasium. The National Ignition Facility at California’s Lawrence Livermore National Laboratory is an example.

The world’s biggest nuclear fusion reactor, called the International Thermonuclear Experimental Reactor, is under construction in France.The facility will be as big as 60 soccer fields and generate 500 megawatts of energy, while the reactor itself will be 90 meters x 130 meters.

The compact nature of Lockheed’s reactor is what makes the company’s experiment unique and more likely to develop quickly, according to Tom McGuire, compact fusion lead for Lockheed’s California-based “Skunk Works” team.

“The smaller the size of the device, the easier it is to build up momentum and develop it faster. Instead of taking five years to design and build a concept, it takes only a few months, ” the company’s Web site says.

But fusion has been a very elusive goal for close to 60 years, said Harald Griesshammer, an associate professor of nuclear physics at George Washington University.

Greisshammer said he is concerned about the risks associated with any nuclear reaction, which are complicated by Lockheed’s small design.

First Launch of a Thermonuclear Reactor