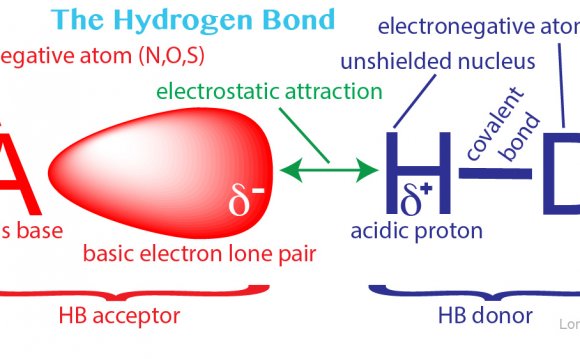 The hydrogen bond is a wondrous thing. It helps give snowflakes their hexagonal symmetry; binds DNA into a double helix; shapes the three-dimensional forms of proteins; and even raises water’s boiling point high enough to make a decent cup of tea.

This ubiquitous bond is now getting a makeover, thanks to the International Union of Pure and Applied Chemistry (IUPAC).

The latest definition of the hydrogen bond that appears in IUPAC’s Gold Book – the bible of chemical nomenclature – dates from 1997, and is remarkably similar to that laid out by double-Nobel-Prize-winner Linus Pauling in his classic work of 1931, The Nature of the Chemical Bond.

Hydrogen atoms, armed with a lone electron, generally form a single bond with one other atom. For example, hydrogen can form a pretty strong covalent bond – made of a shared pair of electrons – with a carbon atom. The bond is found in every organic compound, from petrol to paraquat. In contrast, other atoms that are willing to loosely share their electrons with a hydrogen atom can sometimes form a weaker ‘hydrogen bond’ with it – as though the hydrogen atom forms a bridge between two other atoms (see picture).

But over recent years, chemists have found lots of examples of hydrogen bonding that don’t quite fit the classic Pauling definition, and the Gold Book has long been due an update, says Gautam Desiraju, a chemist at the Indian Institute of Science in Bangalore. He was on a task force established by IUPAC in 2005 to revise the current, conservative definition.

While the previous definition stated that the hydrogen bond’s “associated energies are less than 5–6 kcal per mol”, the new definition encompasses much weaker interactions, ranging from 0.5 to 40 kcal per mol – such as the bond between a hydrogen attached to a carbon atom and a nearby oxygen atom.

“What has really happened in the last 10 years is instrumental techniques and computational techniques have reached to the point where we can measure some of these effects, ” Desiraju says.

Previously, the definition suggested hydrogen bonds were ‘electrostatic interactions’, where hydrogen atoms bear a slight positive charge that is attracted by a slightly negatively-charged bonding partner. The new definition allows there to be some element of covalent bonding involved, where electrons are formally shared between the atoms.

The proposed new definition from the task force has now been released, and is out for public consultation until March. Desiraju expects it to be incorporated into the Gold Book shortly after. This is, he says, a matter of some personal satisfaction: “It’s very hard in science to say we’ve reached the end of something, but I think this definition is going to hang around for a long time.”