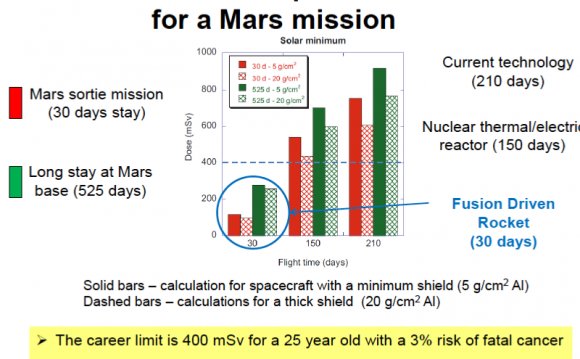 Ten years ago this month, China, the European Union, Japan, South Korea, Russia and the United States agreed on the location for the world's largest nuclear-fusion experiment: ITER, the International Thermonuclear Experimental Reactor, which they had decided to build jointly. India joined six months later. The project's aim is to fuse two isotopes of hydrogen — tritium and deuterium — to deliver a powerful, clean source of electricity. This requires the containment of plasma at temperatures ten times higher than the Sun's core.

Roughly €4-billion (US$4.4-billion) worth of construction contracts and €3 billion in manufacturing contracts worldwide are under way. The first large components are being delivered to the site at St-Paul-lez-Durance in southern France for assembly.

The project has been plagued by delays and difficulties. The seven ITER members are designing and manufacturing key components. When deadlines or standards are not met, the knock-on effects across the whole project can be dire. Late contracts for tools have kept one of the largest buildings — in which ring-shaped magnets up to 24 metres in diameter will be manufactured — inactive since its completion in December 2011. When problems arise, bickering ensues as to who should foot the bill.

I have been a privileged observer from the start, as the high representative for ITER in the host country, France. Because France itself is not a formal member of ITER — it contributes to the European Union budget for the project and to some basic site infrastructures — I, like many others, could only witness with frustration the slipping of the schedule despite the best efforts of the more than 2, 000 dedicated people working on ITER.

Since becoming director-general of the ITER Organization, which manages the project, in March, I have realized that ITER's main problem has been the lack of a clearly defined authority to oversee the entire project. Having someone firmly in the driving seat, with the power to take decisions, is the key to success in any project. I have learned this over the course of my career — through building an innovative higher-education institute from scratch (École Normale Supérieure de Lyon) and as head of the French Alternative Energies and Atomic Energy Commission for 12 years.

Here, I set out my vision for ITER. The project must overcome its organizational problems so that it can deliver on its promise of taking a firm step towards harnessing an unlimited, continuous, safe and clean source of energy. These lessons apply to any major international collaboration.

Since construction began on ITER five years ago, it has become increasingly apparent that the project's management structure is poorly adapted to the challenge of building a large, complex research facility.

Take the 8, 000-tonne ITER vacuum vessel, the doughnut-shaped central component of the 'tokamak' reactor that houses the fusion reactions. Seven of its nine sectors are to be manufactured in Europe and two in South Korea, with each region or country taking responsibility for how they are sourced. Having two contractors is a risk, because each has its own manufacturing techniques; duplicating the processes that validate the quality and function of components, such as fabricating mock-ups, adds to the cost; and the tolerance margins that each contractor has adopted differ. Yet the ITER Organization is responsible for assembling the final vessel.

Any modification has a cascading impact on other components. This has generated an almost endless to-and-fro between the ITER Organization, procuring member countries and suppliers. This situation has already cost ITER tens of millions of euros.

People know there is a problem. A 2013 management-assessment report described the decision-making process at the ITER Organization as “ill-defined and poorly implemented”. The management structure has proved incapable of solving issues and responding to the project's needs, so accumulating technical difficulties have led to stalemates, misunderstandings and tension between staff around the world. These problems stem from how the organization was set up through an international treaty in 2007 (see ).

ITER has been political from the start. At a meeting in Geneva, Switzerland, in November 1985, then US President Ronald Reagan and leader of the Soviet Union Mikhail Gorbachev proposed an international effort to develop fusion energy “as an inexhaustible source of energy for the benefit of mankind”. Easing geopolitical tensions at the height of the cold war was one of their motives. ITER engaged political leaders in a common venture for the good of all. It gave scientists and engineers around the world an opportunity to acquire knowledge and expertise to lead fusion from research to the commercial phase.

Fusion energy — produced by the melding of the nuclei of light atoms into heavier ones — powers the Sun and stars. Since discovering this in the 1920s, scientists have hoped to recreate fusion reactions and reap the energy produced to generate electricity. ITER's completion will answer the question that has obsessed three generations of physicists and engineers: is it technologically possible to realize the Promethean dream of bringing the fire of the Sun down to Earth?

Because of the turbulence that arises in a confined, magnetized plasma, a fusion machine aiming for a significant energy gain must be large. The ring-shaped ITER reactor will be about 29 metres high and 29 metres in diameter, housed in a building that will be comparable in size to the Arc de Triomphe in Paris. It requires huge human and financial investment. No nation has the resources to go it alone.

Twenty years on, ITER has seven partners — China, the European Union, India, Japan, South Korea, Russia and the United States — and is managed by the ITER Organization, which was established on 24 October 2007 by an intergovernmental treaty. The design is settled: ITER will be a 'tokamak' (from the Russian acronym for 'toroidal chamber with magnetic coils'). Construction is under way in France.

First, deputy director-generals from each member country or region were given responsibility for one large technical or administrative department of the ITER Organization. These managers also acted as official representatives for their nation or nations.

Second, the procurement of components, systems and buildings is split among the member states so that each could gain experience. The work is assigned according to the industrial capacities of members and a cost-sharing scheme that allocates 45.5% to the European Union (as the host) and just over 9% to each of the others. Each member has a procurement centre, called a domestic agency, that is legally and administratively independent from the central ITER Organization.

The organization is responsible for validating the design of the facility; compliance with safety regulations; coordination of manufacturing and quality control of the numerous components; their on-site assembly; and later, the operation of the facility.

Paperwork abounds. For each work package, the organization signs a procurement arrangement with the relevant domestic agency that details all technical specifications and management requirements. The domestic agency then launches a call for tender to select a company or consortium to do the work.

Such a system has benefits: procurements are shared widely, industries in member states develop, spin-offs are generated, jobs are created and specialists trained. Intellectual property generated by the project is shared. But it has become ever more obvious — as successive reports have pointed out — that the costs outweigh the benefits.