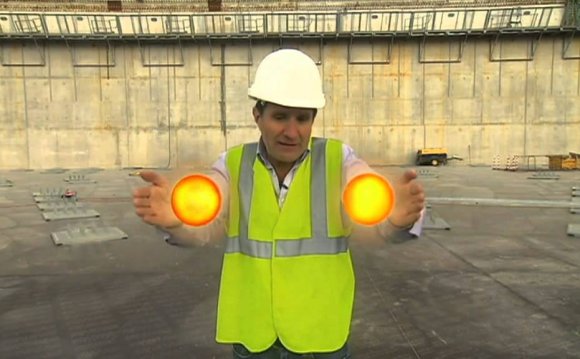 The world's largest bid to harness the power of fusion has entered a "critical" phase in southern France.

The Iter project at Cadarache in Provence is receiving the first of about one million components for its experimental reactor.

The construction of the key building has even been altered to allow for the late delivery of key components.

"Now we're doing everything we can to recover as much time as possible.

"The project is inspiring enough to give you the energy to carry on - we'd all like to see fusion energy as soon as possible."

After initial design problems and early difficulties co-ordinating this unique international project, there is now more confidence about the timetable.

Since the 1950s, fusion has offered the dream of almost limitless energy - copying the fireball process that powers the Sun - fuelled by two readily available forms of hydrogen.

The attraction is a combination of cheap fuel, relatively little radioactive waste and no emissions of greenhouse gases.

But the technical challenges of not only handling such an extreme process but also designing ways of extracting energy from it have always been immense.

In fact, fusion has long been described as so difficult to achieve that it's always been touted as being "30 years away".

Now the Iter reactor will put that to the test. Known as a "tokamak", it is based on the design of Jet, a European pilot project at Culham in Oxfordshire.

It will involve creating a plasma of superheated gas reaching temperatures of more than 200 million C - conditions hot enough to force deuterium and tritium atoms to fuse together and release energy.

The whole process will take place inside a giant magnetic field in the shape of a ring - the only way such extreme heat can be contained.

The plant at JET has managed to achieve fusion reactions in very short bursts but required the use of more power than it was able to produce.

The reactor at Iter is on a much larger scale and is designed to generate 10 times more power - 500 MW - than it will consume.

Media captionFrance's fusion reactor would work like the sun

Iter brings together the scientific and political weight of governments representing more than half the world's population - including the European Union, which is supporting nearly half the cost of the project, together with China, India, Japan, Russia, South Korea and the United States.

Contributions are mainly "in kind" rather than in cash with, for example, the EU providing all the buildings and infrastructure - which is why an exact figure for cost is not available. The rough overall budget is described as £13bn or 15bn euros.