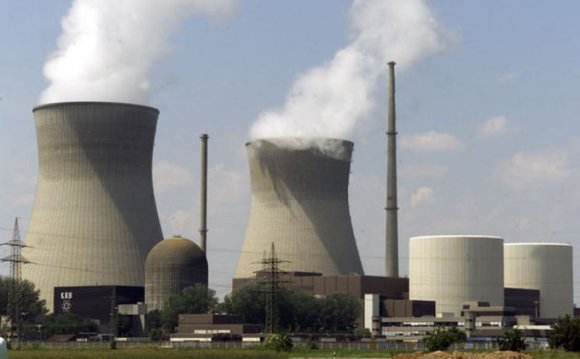 Germany's coalition government has announced a reversal of policy that will see all the country's nuclear power plants phased out by 2022.

The decision makes Germany the biggest industrial power to announce plans to give up nuclear energy.

Chancellor Angela Merkel set up a panel to review nuclear power following the crisis at Fukushima in Japan.

There have been mass anti-nuclear protests across Germany in the wake of March's Fukushima crisis, triggered by an earthquake and tsunami.

Mr Rottgen said the seven oldest reactors - which were taken offline for a safety review immediately after the Japanese crisis - would never be used again. An eighth plant - the Kruemmel facility in northern Germany, which was already offline and has been plagued by technical problems, would also be shut down for good.

Nearly a quarter of German's electricity comes from nuclear power so the question becomes: How do you make up the short-fall?

The official commission which has studied the issue reckons that electricity use can be cut by 10% in the next decade through more efficient machinery and buildings.

The intention is also to increase the share of wind energy. This, though, would mean re-jigging the electricity distribution system because much of the extra wind power would come from farms on the North Sea to replace atomic power stations in the south.

Protest groups are already vocal in the beautiful, forested centre of the country which, they fear, will become a north-south "energie autobahn" of pylons and high-voltage cables.

Some independent analysts believe that coal power will benefit if the wind plans don't deliver what is needed.

And on either side of Germany are France, with its big nuclear industry, and Poland, which has announced an intention to build two nuclear power stations.

Mr Rottgen said: "It's definite. The latest end for the last three nuclear power plants is 2022. There will be no clause for revision."

Mr Rottgen said a tax on spent fuel rods, expected to raise 2.3bn euros (£1.9bn) a year from this year, would remain despite the shutdown.

Mrs Merkel's centre-right Christian Democrats met their junior partners on Sunday after the ethics panel had delivered its conclusions.

Before the meeting she said: "I think we're on a good path but very, very many questions have to be considered.

"If you want to exit something, you also have to prove how the change will work and how we can enter into a durable and sustainable energy provision."

The previous German government - a coalition of the centre-left Social Democrats (SPD) and the Greens - decided to shut down Germany's nuclear power stations by 2021.

However, last September Chancellor Angela Merkel's coalition scrapped those plans - announcing it would extend the life of the country's nuclear reactors by an average of 12 years.

Ministers said they needed to keep nuclear energy as a "bridging technology" to a greener future.

The decision to extend was unpopular in Germany even before the radioactive leaks at the Fukushima plant.

Germany's nuclear industry has argued that an early shutdown would be hugely damaging to the country's industrial base.

Before March's moratorium on the older power plants, Germany relied on nuclear power for 23% of its energy.

The anti-nuclear drive boosted Germany's Green party, which took control of the Christian Democrat stronghold of Baden-Wuerttemberg, in late March.

"The various studies from the Intergovernmental Panel on Climate Change show that renewables could deliver, basically, global electricity by 2050, " he said.

"Germany is going to be ahead of the game on that and it is going to make a lot of money, so the message to Germany's industrial competitors is that you can base your energy policy not on nuclear, not on coal, but on renewables."

Shares in German nuclear utilities RWE and E.On fell on the news, though it had been widely expected.