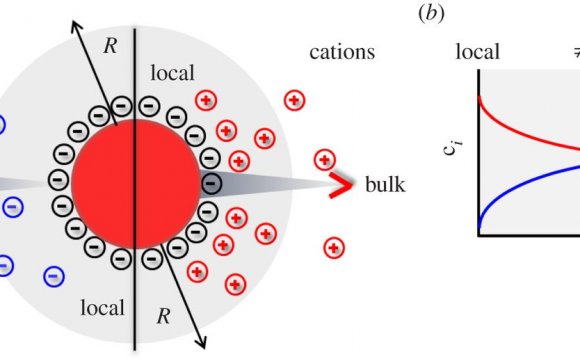 In the previous reading on Screening of electrical interactions in salt solution, we found that the charge on a a DNA molecule in a salt solution experiences a screening effect as a result of the salt ions clustering near the DNA. As a result, the electric field produced by a charged biological macromolecule should be different than it would produce in a vacuum.

To make this quantitative we would like to know two things:

Let’s begin by reasoning about the physical parameters that determine the size of the screening cloud. Specifically, let’s model the screening cloud as extending a distance λD, known as the “Debye length, ” away from the DNA at every point. (The Greek letter λ is named “lambda” and corresponds to our letter “L” so it is commonly used in science to denote lengths.) Inside the cloud there are many more positive ions than negative; outside the cloud there are equal concentrations of positive and negative ions. What determines this size λD?

The mathematical expression for the size of the screening cloud λD is determined by solving differential equations to find the arrangement that balances electric potential energy and entropy. We won’t do that in this class, but we’ll make use of the result.