Fusion of hydrogen into helium 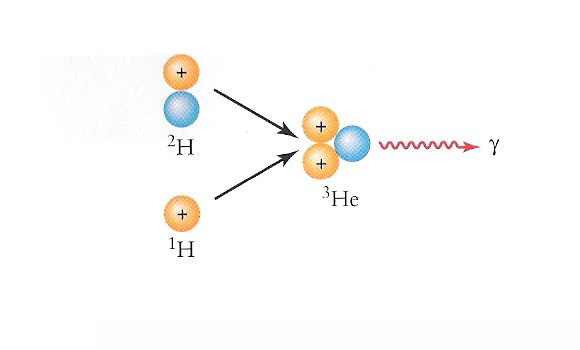 The first step of the Hydrogen fusion process: a nucleus of Deuterium (2H) is formed from two protons with the emission of an antielectron and a neutrino.
University of Oregon

In the basic Hydrogen fusion cycle, four Hydrogen nuclei (protons) come together to make a Helium nucleus. This is the simple version of the story. There are actually electrons, neutrinos and photons involved that make the fusion of Hydrogen into Helium possible.

This whole process happens in three steps. There are animations of the three steps below to help you visualize this process!

Hydrogen p+p+ To Helium Proton To Alpha Particle To Carbon ...