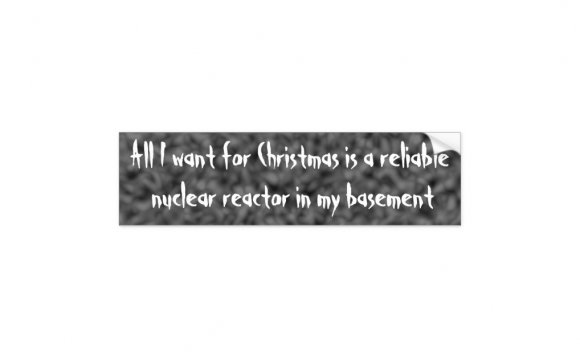 The device Lewis Larsen plans to build is about the size of a microwave oven. He figures it will sell for less than a conventional home furnace. The fuel—small amounts of lithium and hydrogen—will be cheaper too. Two of these devices, he says, could supply all the heat and electricity needs of a 2, 500-3, 000-square-foot single-family home without generating greenhouse gases, dangerous radiation, or nuclear waste, reducing gas heating costs by 90 percent and electric costs by 10 to 20 percent.

Larsen, who co-owns Chicago-based Lattice Energy, says the fundamental research and patents are there. "What's left is engineering. I don't know any technological roadblocks." He says he's three to five years and $25 million away from a prototype.

So why aren't investors beating down his door?

Larsen's power source is a low-energy nuclear reaction, or LENR—which some think of as cold fusion by another name. And cold fusion was one of the biggest scientific scandals of the 20th century.

In 1989, University of Utah chemists Martin Fleischmann and Stanley Pons, racing against competing researchers at Brigham Young University, bypassed the normal scientific review process and held a press conference to announce that they'd found a clean, accessible, inexpensive new way to produce energy—cold fusion. Fleischmann and Pons became overnight celebrities, subject to death threats and protected by bodyguards. A breathless media declared an energy revolution. But the honeymoon was short-lived.

The sun is powered by nuclear fusion, a process in which light atoms are joined to create heavier ones. It's the reverse of fission—used in nuclear reactors and weapons—in which atoms are split. Physicists have been able to mimic the sun's "hot" fusion, but it's a terrifically expensive process requiring tremendous amounts of energy. Cold fusion, Fleischmann and Pons claimed, could be produced with small amounts of energy and everyday materials.

Their idea was to immerse a strip of the precious metal palladium in a flask of heavy water—water with the hydrogen isotope deuterium instead of hydrogen atoms—and stimulate it with an electric charge that they claimed caused the deuterium atoms to pack ever more densely into the palladium's latticelike atomic structure. Over weeks, all that deuterium crowding into the palladium would supposedly generate sufficient pressure to stimulate fusion, yielding ordinary water, helium, and excess heat that Pons and Fleischmann argued could be a source for cheap, clean, plentiful energy.

Detractors objected on several fronts: The electrolysis couldn't possibly be powerful enough to cause fusion; the measurements of helium and excess heat must've been the result of experimental error. And where was the neutron radiation that would be an expected by-product of fusion?

"Physicists have been trying for decades to make fusion happen with enormous heat and billions of dollars, with only moderate success, " says Clayton Brown, who's codirecting a film about the cold-fusion controversy titled "The Believers." (It'll be shown as a work in progress this fall at New York's Independent Film Week.) "The idea that cold fusion can happen for a few hundred bucks on a tabletop at room temperature in an off-the-shelf chemistry experiment—this makes physicists insane. It violates everything they feel they know about the universe."

Scientists all over the world tried and failed to duplicate Fleischmann and Pons's results. Eight of the nine members of an authoritative American Physical Society review panel rejected their data. Fleischmann and Pons themselves were derided as incompetent, fraudulent, or both. Cold fusion research largely went underground: most mainstream scientists shunned it as too risky, too difficult to fund, or just plain fantastical.

Still, over the years a growing number of the researchers who've stuck with it have reported surprising results in variations on the Fleischmann-Pons experiment—though no one's been able to generate heat consistently enough to pass the "teacup test, " which, according to Monica Long Ross, Brown's collaborator on "The Believers, " requires the ability to "reliably heat up enough water for a cup of tea." Some still call their field of study cold fusion, others prefer the less-tainted LENR. But they agree on the bottom line: electrical stimulation of some metals and heavy water produces more energy than it consumes.

Larsen, 63, grew up in Menominee, Michigan, where the Upper Peninsula meets northeast Wisconsin. "Not many people went to college, " he says. "Most of the people I went to high school with went to work in the mills or logging." But Larsen was fascinated by stars and had his sights set on astrophysics. He left Menominee High School at 16 to take advantage of an early-entrance program at the University of Chicago. There he learned about the transmutation of elements that occurs in the sun.

But "they were making all kinds of fundamental discoveries in the field of biochemistry at that point, " Larsen says, so he went that way. After earning a bachelor's in biology from the U. of C. in 1968, he did some course work toward a PhD there, then switched to the MBA program—partly, he says, because he thought that would make him more employable and partly to avoid the draft. The two-year business master's "was the only program that matched up with the two-year ROTC program at Loyola. It was either that or go to Vietnam."

Voltz Nuclear Reactor Tutorial- how to make a Fission ...