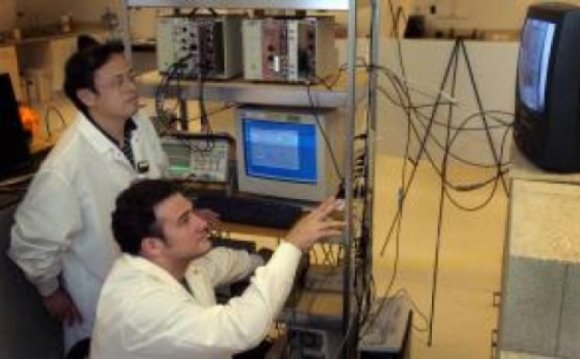 Researchers at the Max Planck Institute for Particle Physics heated up a small sample of hydrogen to over 170 million degrees Fahrenheit using the Wendelstein 7-X stellarator, a donut-shaped device that uses magnetic fields to suspend hydrogen gas while zapping it with powerful microwaves. They succeeded in creating a super-hot plasma, which lasted for about a quarter of a second, according to a news release from the institute. Although fleeting, this experiment successfully demonstrated that plasma can be contained while heated to such extremes, a key step in harnessing nuclear fusion.

The Wendelstein stellarator is not meant to produce energy, but rather to test the processes needed to achieve fusion. Wednesday’s test was the first of many such hopeful experiments. The stellarator experiment has been in the works for almost two decades now, and has cost nearly $500 million dollars. Germany is the primary backer of the experiment, with additional funding from the U.S., Poland and the European Union.

Harnessing the Power of the Sun

Nuclear fusion offers a means of producing energy that’s safer and cleaner than current methods. The process is essentially the opposite of nuclear fission, which is used to power today’s nuclear plants. Fission involves splitting large atoms into smaller ones; fusion, on the other hand, combines atoms — typically hydrogen ions — to release even greater amounts of energy.

Fusion has been a long-sought-after energy source because it is the most efficient power-producing process we know of. Hydrogen is a plentiful fuel, and unlike fission, fusion reactions create minimal, carbon-free waste. Further, hydrogen is in near infinite supply, so we’d be able to power fusion reactors for a long time. For a dramatic demonstration of fusion’s power, just look up toward the sun.

Nuclear fusion represents an alluring power source, but getting a fusion reaction started requires huge amounts of energy. Though scientists have produced fusion reactions, the energy input was higher than the reaction’s output — that won’t exactly cut it as a power source for civilization. Scientists are racing toward what’s called ignition, or the point when energy output exceeds input, and the fusion reaction becomes self-sustaining.

Turning gases into highly energized plasmas is one of the best ways to reach this level. Nuclear fusion generators such as the stellarator rely on supercooled electromagnets to suspend plasma fuel in mid-air — the super-heated substance would melt through physical barriers. Once contained and energized, the hydrogen atoms separate from their electrons and smash into each other, fusing together and releasing a tremendous amount of energy.