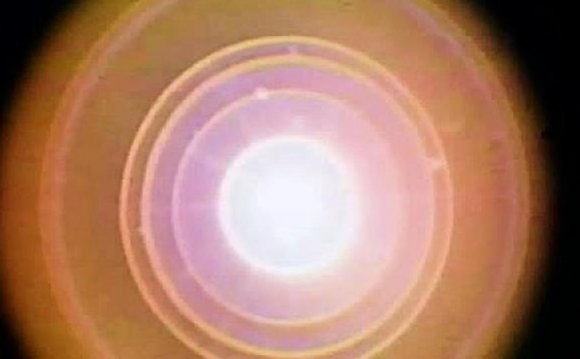 In the summer of 1984, a certain sophomore engineering student was on a tour of a magnet winding facility operated by General Dynamics in San Diego. The device being wound was the main coil for the Mirror Fusion Test Facility (MFTF-B), which was a cylindrical mirror fusion device. The tour ended with each attendee allowed to take a small scrap piece of superconducting cable as a souvenir.

Construction of the MFTF-B at Lawrence Livermore National Laboratory (LLNL) was completed in 1986—followed by closure that same year without any fusion experiments performed.

How MFTF-B came to be closed without ever being used, as well as the overall roller coaster history of nuclear fusion research in the United States, is detailed in the new book “Search for the Ultimate Energy Source” by Dr. Stephen O. Dean. Dean was one of the pioneers in nuclear fusion research, having joined the Atomic Energy Commission’s Controlled Thermonuclear Research office in 1962. He would go on to found the Fusion Power Associates in 1979 to work with industry to advocate for fusion development.

In this new book, Dean begins with an introduction to the science and technology of nuclear fusion, including a case for pursuing this energy option. He goes on to provide a comprehensive history of the fusion program, both from a documentary standpoint as well as his own eyewitness perspective.

He contrasts scientific work and achievements that may not be known to the public (e.g., production of megawatt levels of fusion power using deuterium-tritium mixtures in US and UK devices) with the changing politics that dogged the US fusion program.

Decades of commissions, panels, and committees, along with their myriad of acronyms, are recounted in this authoritative chronicle. Discussions and decisions from various government agencies are carefully documented, providing a clear view of the changing policy environment in which the fusion program operated. While the innate difficulties of the science and engineering of fusion are daunting, and have engendered controversy both within and outside of the nuclear research community, Dean reveals the constant shifting of policies and priorities that further hampered fusion research.

Although the book makes the case for continued support of nuclear fusion research, its primary strength is its detailed and far-reaching treatment of the political maelstrom throughout the timeline of fusion development. This book is ideal for historians and students of science and technology for its complete and in-depth coverage of nuclear fusion technology and policy. Dean has made a valuable contribution to the discussion of not merely the difficulties facing nuclear fusion, but the challenges of sustaining long-term energy policy in general.

Robert Margolis, PE, is a nuclear (fission) engineer having over 26 years’ experience as a reactor engineer, startup test engineer, project engineer, and safety analyst. Margolis is an individual affiliate member of Fusion Power Associates and still has the superconducting keepsake.

Cold Fusion is real. Everything else is history.

The First Nuclear Explosion in Human History! - The Atom ...

THE MOST POWERFUL NUCLEAR BOMB IN HISTORY.