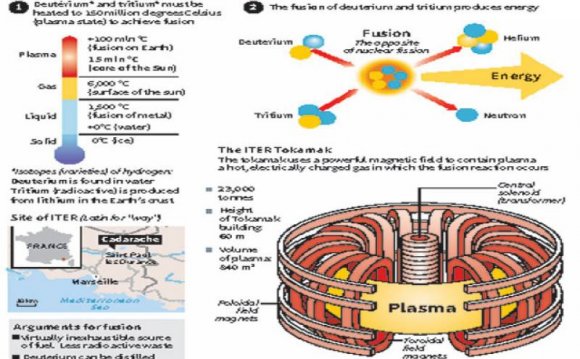 Interest in nuclear fusion, in which atoms are forced to join and thus release some of their energy, has been on the rise along with the development of solar, wind and other renewable energy technologies. Fusion is the holy grail of energy: completely clean, using only water and other commonly available elements as fuel, and cheap.

The problem isn't that scientists can't produce fusion reactions; even amateurs have done it. It's that all discovered fusion processes consume more energy than they produce. (The similarity of the terms can be confusing, so it's worth a reminder that nuclear fission, in which atoms split, is the well-known technology that already keeps lights on in some homes.)

But attention is particularly focused on fusion right now because of an unexpected breakthrough at the National Ignition Facility, and another at the Massachusetts Institute of Technology, both in the United States.

The aim of the NIF is to create fusion reactions by focusing almost 200 laser beams on a precise point. Although the facility just began testing, it just created waves by succeeding in creating a stable plasma and setting a record for the energy content of its laser beams. And at MIT, the Levitated Dipole Experiment unexpectedly showed that it can concentrate turbulent plasma in its reaction chamber.

Besides the NIF, there are fusion projects going on around the world. All have two things in common: they're still at an experimental stage, and they've all been derided by critics at one point or another. But by looking at the pedigree, breakthroughs and financial support of projects, I've come up with a set of TKTK projects that, like the NIF, could someday give the world a cheap new energy source.