What is nuclear fusion in the Sun? 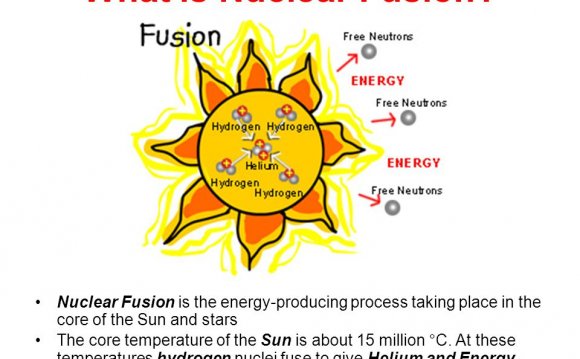 China scored a major coup this week when it announced that its engineers successfully created a hydrogen gas that is claimed to be hotter than the sun. The breakthrough is considered a milestone in man's quest to develop fusion power.

China's fusion project, called Experimental Advanced Superconducting Tokamak (EAST), was conducted by using two kinds of hydrogen atoms that are injected in a containment vessel, the Daily Mail reported. Once energy is introduced, the atoms shed their electrons, leading to the creation of ion plasma, which produces massive energy.

Chinese scientists were able to heat the hydrogen gas to 50 million Kelvins. This is lower than the 80 million Kelvins that Germany achieved. However, the Chinese experiment was able to maintain the temperature, which is three times the heat generated by the sun, for 102 seconds. German scientists only reached its highest temperature for a quarter of a second, according to the Daily Mail.

To highlight the fusion project recently completed by Chinese and German scientists, one must note that the interior of the sun is estimated to rage at 15 million Kelvins. Chinese scientists are now reportedly aiming for 100 million Kelvins at an impressive 17 minute-period. France is also building the world's largest nuclear fusion machine, which is believed to produce an energy output 10 times hotter than the sun's core, New Scientist reported.

How Does Fusion Power the Sun?