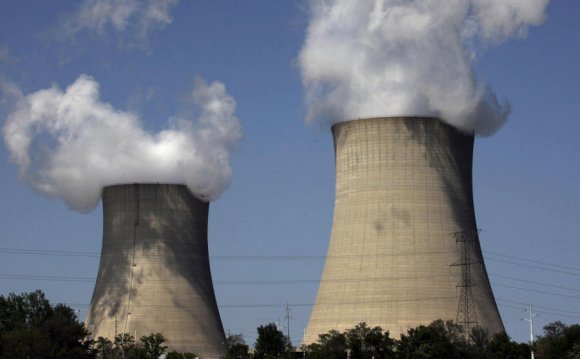 The EGP-6 reactors are based on Russia's high power channel-type reactor design known as RBMK (Reaktor Bolshoy Moshchnosti Kanalniy). The four reactors at the Bilibino NPP were commissioned between 1974 and 1976, and have a thermal capacity of 62MWt each.

China Experimental Fast Reactor (CEFR) currently operating at the China Institute of Atomic Energy in Tuoli, about 35km south of Beijing, is the world's second smallest nuclear reactor. It is a fast breeder reactor (FBR) of BN-20 model with gross power capacity of 25MWe and thermal capacity of 65MWt.

The reactor is owned by China National Nuclear Corporation and operated by China Institute of Atomic Energy. Its construction began in May 2010 and connection to the grid was achieved in July 2011.

The two KLT-40S 'Floating' pressurised water reactors (PWR) were designed by OKBM Afrikantov and have been under construction since April 2007. Rosenergoatom will own and operate these two reactors each of which have a thermal capacity of 150MWt.

Construction of the horizontal pressure tube type pressurised heavy-water reactor (PHWR) started in August 1965. The reactor started commercial operation in December 1973 and has a thermal capacity of 346MWt.

The 137MWe reactor operating at the Karachi Nuclear Power Plant (KANUPP) in the Sindh Province of Pakistan is the fifth smallest nuclear reactor in the world. It is Pakistan's first commercially operated nuclear reactor and is owned and operated by Pakistan Atomic Energy Commission.

Construction of the reactor unit began in August 1966 and commercial operation commenced in December 1972. It is a CANDU (CANada Deuterium Uranium)-type pressurised heavy-water reactor (PHWR) with a thermal capacity of 433MWt.

The first two of the four reactors operating at the 1, 400MW Tarapur Atomic Power Station located 12km from Boisar in Maharashtra, India, are currently the sixth smallest nuclear reactors in the word. The reactors, owned and operated by India's Nuclear Power Corporation, have a gross power capacity of 160MWe each.

Construction of the Tarapur 1 and 2, two boiling water reactor (BWR) units (model- BWR-1 with Mark 2 containment), began in October 1964. Both the reactors started commercial operation in October 1969 and have a thermal capacity of 530MWt each.

The second reactor unit operating at the, India, is the seventh smallest nuclear reactor in the world. The Rajasthan 2 reactor is a horizontal pressure tube type pressurised heavy-water reactor (PHWR) and has a gross power capacity of 200MWe.

Constructed between 1968 and 1980, and owned and operated by India's Nuclear Power Corporation, the reactor started commercial operation in April 1981 with a thermal capacity of 693MWt.