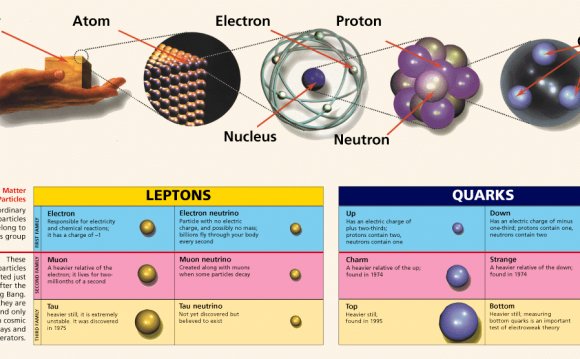 In particle physics' youth, researchers started discovering a dizzying variety of ever heavier, unstable particles. Quarks brought some order to this chaos. The zoo of particles, along with the familiar proton and neutron, were built from combinations of the six quarks or their antiparticles. The system neatly explained the spin and charge of these particles and helped make sense of particles discovered as accelerators reached even higher energies.

All of the particles we knew of were built using either two or three quarks. But there was nothing in our theories that prevented larger assemblages having even more quarks. Discovery, however, lagged well behind the initial proposal, which came in the 1970s. A buzz of excitement about a five-quark particle came and subsided after other accelerator teams couldn't reproduce the result.

Just two years ago, however, two different teams announced evidence for a tetraquark particle, which picked up the name Zc(3900). And now, an experiment at the Large Hadron Collider (LHC) has come up with evidence of a five-quark behemoth.

The experiment is called LHCb, and it focuses on a limited number of the total collisions produced by the LHC: those that generate a bottom (or beauty) quark—hence the "b" in its name. The physics of these particles can potentially tell us about the limitations of the Standard Model or the asymmetry between matter and antimatter in the Universe. So LHCb is specialized to examine the behavior of particles containing bottom quarks.

Quarks never travel alone for long, so they're usually produced as part of a larger particle, containing one or two additional quarks. In this particular experiment, the LHCb team was looking at Λ0b baryons, which contain an up quark, a down quark, and a bottom quark. These decay by a pathway that goes through a pair of unstable particles (J/ψ and K−). The authors were measuring this decay in part because it can tell us something about the half-life of the parent Λ0b particle.

The problem was that these decays showed an unusual pattern. Rather than showing a smooth curve as energy increased, there was a jagged peak in it. This suggested that decay through certain intermediate particles was favored. There was just one problem: no particles could explain why the peaks were at the locations they were seen.

The authors got a computer to model what would happen if the decay went through an intermediate particle they called Pc+. This particle contains two up and one down quarks, along with a charm and anticharm—pentaquark-charmonium, which can exist in a number of possible energy states. Remarkably, it fit when there were two different five-quark particles: one with a mass of 4449 Mega-electronVolts (nearly five times the mass of a proton) and another at 4380MeV. The significance of the match was over nine sigma; only five sigma are required for physicists to announce discovery.

There are some assumptions here that will need to be checked. The model used to identify the particles had to be simplified down to reduce the number of free parameters, or the math would have been outrageous. This simplification involved ignoring even more exotic possibilities, so it is probably reasonable, but you can expect theoreticians to look it over carefully. And it's somewhat surprising that a single analysis would turn up two members of a class of particles that had eluded detection previously. Still the data suggests that something strange must be happening in these decays.

(Incidentally, all the data is from the earlier runs of the LHC, which ended a couple of years ago. Lots of different decays go on in these collisions, and they typically get prioritized based on things like the ease of the analysis and the expectation of where interesting physics will be. But even things that aren't immediate priorities do eventually get looked at.)

Enlarge / The new particle may be a composite of two familiar ones (left) or the first of a class of five-quark particles.

Assuming the results hold up, the particle raises the same question that came up in response to the tetraquark: how is this put together? There are two options, as shown at top. One is that it's put together like known particles, with multiple quarks interacting through gluons. The alternative is that it's a hybrid composed of two particles we already know about. But this would have to be held together by a force we're not familiar with. Either way, there's some distinctive physics waiting for a more detailed analysis.