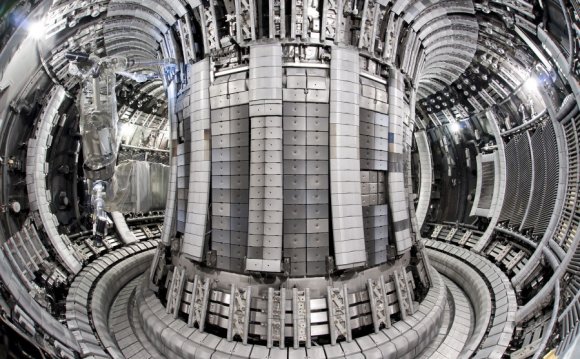 The multibillion-dollar ITER fusion project will take another 6 years to build beyond the—now widely discredited—official schedule, a meeting of the governing council was told this week. ITER management has also asked the seven international partners backing the project for additional funding to finish the job.

It remains unclear whether the project will get what it wants: Delegations from the partners—China, the European Union, India, Japan, Russia, South Korea, and the United States—concluded the council meeting today by announcing the council would conduct its own review of the schedule and funding to look for ways to tighten them up. In the meantime, the council approved the proposed schedule for 2016 and 2017, set out milestones for the project to reach in that time, and agreed to make available extra resources to help achieve it. After consulting their governments, the delegations committed themselves to agreeing on a final schedule at the next council meeting, in June 2016.

“It was a very important meeting for us and it went well, ” says ITER Director-General Bernard Bigot. “Every member expressed their concerns and in the end they reached an agreement.” Jianlin Cao, vice minister at the Chinese Ministry of Science and Technology, stressed the challenges the meeting faced. The council delegates “have been so careful about this work. But ITER is a new thing, and success does not come easily, ” Cao told Science.

The ITER project aims to show that nuclear fusion—the power source of the sun and stars—is technically feasible as a source of energy. Despite more than 60 years of work, researchers have failed to achieve a fusion reaction that produces more energy than it consumes. ITER, with a doughnut-shaped “tokamak” reaction chamber able to contain 840 cubic meters of superheated hydrogen gas, or plasma, is the biggest attempt so far and is predicted to produce at least 500 megawatts of power from a 50 megawatt input. The project was officially begun in 2006 with an estimated cost of €5 billion and date for the beginning of operations—or first plasma—in 2016. Those figures quickly changed to €15 billion and 2019, but confidence in those numbers has eroded over the years.

When Bigot took over as Director-General earlier this year, he ordered a bottom-up review of the whole project, which currently has numerous buildings springing up at the Cadarache site in southern France and components arriving from contractors in the partner states around the globe. That review produced a new description of the entire project, known as the “baseline, ” including a revamped schedule and cost estimate. The baseline was presented to the council for approval this week. Although the official communique does not mention the proposed date for first plasma, it is widely acknowledged to be 2025.

“The council acknowledged this resource-loaded schedule but they need more time to fully endorse this or another schedule and to reconcile it with the resources they have, ” Bigot says. Delegates confirmed such plans. “We must take the schedule home and discuss it with the finance ministry, ” says Anatoly Krasilnikov, head of Russia’s ITER domestic agency, the body responsible for awarding industrial contracts.