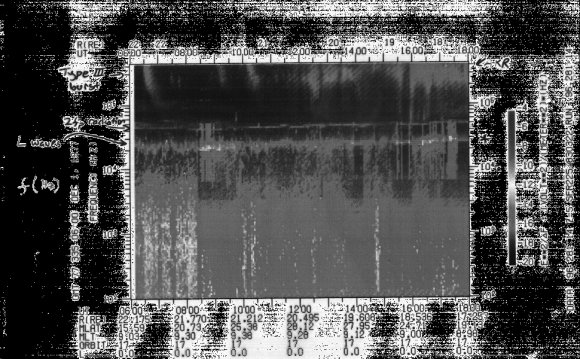 The nonlinear effects on a slow timescale, compared with the electron plasma frequency, are studied using the Wigner–Poisson system, in the plasma regimes characterized by the overlapping of the wavefunctions of individual electrons, by the presence of a large amplitude Langmuir pump wave, and whose temperature is higher than the Fermi temperature. It is shown that the electron trapping on closed orbits in phase space is strongly affected both by the classical nonlinear ponderomotive effects and by the quantum super-diffusion. A solution in the form of a quantum corrected electron hole is found in terms of a generalized energy in the Wigner equation that contains higher derivatives in velocity space. In the classical limit, the high-frequency pump hampers the electron trapping due to the unfavorable sign of the ponderomotive potential and due to deformation of their distribution function by the diffusion. Conversely, in the modulational regime the leading quantum effect is shown to be related with the effective super-diffusion in the velocity space associated with the quantum effects on the high-frequency pump, which facilitates the electron trapping and allows the creation of holes with smaller amplitudes.