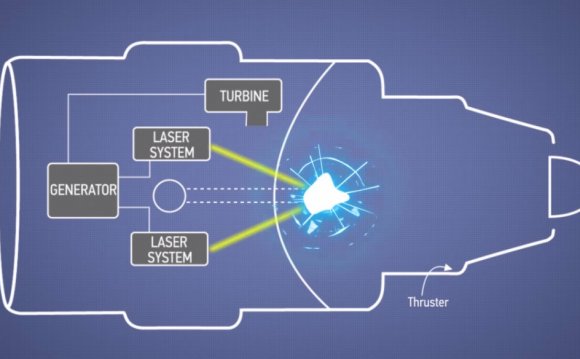 CLEAN energy inspired by the stars is the dream of scientists pursuing nuclear fusion, in which atomic nuclei fuse together and release energy. In a first for laser-driven fusion, scientists at a US lab say they have reached a key milestone called fuel gain&colon; they are producing more energy than the fuel absorbed to start the reaction.

But the National Ignition Facility (NIF) in Livermore, California, is still a long way from sparking a self-sustaining fusion reaction with an overall gain in energy – a process called ignition. Currently, the reactor as a whole needs more energy to operate than the amount that is produced.

Inside a star’s core, the intense heat and pressure fuse hydrogen atoms, creating helium nuclei and releasing vast amounts of energy. Hurricane and other researchers at NIF are attempting to achieve a similar effect by firing 192 laser beams into a gold chamber, which converts the lasers’ energy into pulses of X-rays. A series of four of these pulses squeezes a small fuel pellet containing deuterium and tritium, both isotopes of hydrogen, causing the pellet to implode and briefly undergo fusion.

NIF has been operating since 2009, but with slow progress. The lab missed a September 2012 deadline for ignition set by the US Congress. So in 2013, NIF adjusted their laser set-up so that the X-rays hit the fuel pellet in three pulses, heating the fuel faster.

Two runs of this modified experiment in September and November last year achieved fuel gain, Hurricane and his colleagues report (Nature, DOI&colon; 10.1038/nature13008). The experiment delivered about 10 kilojoules of energy to the fuel pellet, which released roughly 15 kilojoules.

However, the total energy input to the system by the laser was close to 2 megajoules. Some energy is lost during the process, for example when the laser is converted to X-rays. That means the fuel gain at NIF represents less than 1 per cent of the total energy entering the system.

Nevertheless, the NIF team and others are hopeful that the work is a step in the right direction. “They now have a handle on the physics and understand how to drive the machine, ” says Bob Bingham at the University of Strathclyde in the UK.

What’s more, the helium nuclei generated during the experimental runs are colliding with fuel in the pellet, sparking further fusion reactions. This self-heating should lead to ignition, says Hurricane.

Lasers aren’t the only route to fusion. The International Thermonuclear Experimental Reactor (ITER), currently under construction in Cadarache, France, will use a method that traps fusing hydrogen using magnets. Previous magnetic reactors achieved self-heating, but none have yet seen ignition.

“I applaud the result that they have obtained and encourage the NIF team to continue on the road to ignition, ” says ITER scientist Paul Thomas.

Even if NIF reaches its goal and harnesses the power of the stars, creating the fuel and precisely targeting the lasers is a slow, laborious process, and the intense laser blasts degrade the machine faster than a commercial operation could bear. Such engineering challenges will need to be solved before fusion power becomes practical, says Hurricane.