Fusion as an energy source 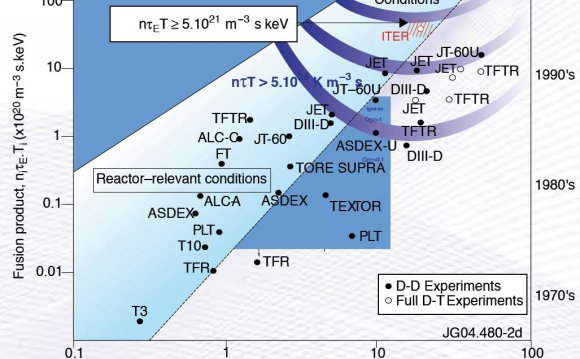 Fusion energy may soon be used in small-scale power stations. This means producing environmentally friendly heating and electricity at a low cost from fuel found in water. Both heating generators and generators for electricity could be developed within a few years, according to research that has primarily been conducted at the University of Gothenburg.

Nuclear fusion is a process whereby atomic nuclei melt together and release energy. Because of the low binding energy of the tiny atomic nuclei, energy can be released by combining two small nuclei with a heavier one.
A collaboration between researchers at the University of Gothenburg and the University of Iceland has been to study a new type of nuclear fusion process. This produces almost no neutrons but instead fast, heavy electrons (muons), since it is based on nuclear reactions in ultra-dense heavy hydrogen (deuterium).

“This is a considerable advantage compared to other nuclear fusion processes which are under development at other research facilities, since the neutrons produced by such processes can cause dangerous flash burns, ” says Leif Holmlid, Professor Emeritus at the University of Gothenburg.

The new fusion process can take place in relatively small laser-fired fusion reactors fuelled by heavy hydrogen (deuterium). It has already been shown to produce more energy than that needed to start it. Heavy hydrogen is found in large quantities in ordinary water and is easy to extract. The dangerous handling of radioactive heavy hydrogen (tritium) which would most likely be needed for operating large-scale fusion reactors with a magnetic enclosure in the future is therefore unnecessary.

" A considerable advantage of the fast heavy electrons produced by the new process is that these are charged and can therefore produce electrical energy instantly. The energy in the neutrons which accumulate in large quantities in other types of nuclear fusion is difficult to handle because the neutrons are not charged. These neutrons are high-energy and very damaging to living organisms, whereas the fast, heavy electrons are considerably less dangerous."

Neutrons are difficult to slow down or stop and require reactor enclosures that are several metres thick. Muons - fast, heavy electrons - decay very quickly into ordinary electrons and similar particles.

Research shows that far smaller and simpler fusion reactors can be built. The next step is to create a generator that produces instant electrical energy.

The research done in this area has been supported by GU Ventures AB, the holding company linked to the University of Gothenburg. The results have recently been published in three international scientific journals.