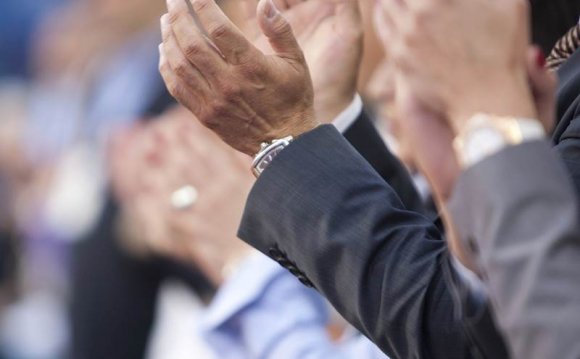 I've recently been offered the first full-time permanent position of my science career. It only took 11 years. This is my story but it could belong to many others.

After completing my PhD in 2001 I worked as a post-doc researcher in biological sciences in two different labs until 2006. Despite best efforts, the second post-doc didn't work out research wise and after two years of negative results my funding ran out. Even though I applied for other positions, by the time my contract ended I was officially unemployed. To save money I decided to move back in with my parents and claim jobseekers allowance, a galling process when you are 33 and have three higher degrees.

The job centre staff were nice. Contrary to some experiences, they understood my qualifications, that I was trying hard to find another job and that they couldn't really help me. My jobseeker priorities were simple: monitor university and science websites for vacacnies. I registered with some science-focused recruitment agencies but any positions that came up were out of my area – subject-wise or geographic – and poorly paid.

The department for work and pensions have a professional register for specialist careers, but the only job it found in six months that even vaguely matched my qualifications was lab technician in a secondary school. The chances of getting it were slim (they knew I would up sticks and leave for a post-doc as soon as I could) so I declined an interview to many frowns from my advisor, who understood but clearly didn't approve.

In the meantime I applied for posts. Every day. Sometimes between six to 10 in an afternoon. I was willing to move anywhere and tailored my CV and application for every position I found. Despite some good publications on my CV and a lot of science experience, I couldn't get an interview. Eventually I took on some bar work, permissable part-time while claiming jobseekers allowance. What they don't tell you is that any wages for up to 16 hours work are taken out of your dole. I might as well have sat at home and watched Bargain Hunt. I was out of work, out of money and quickly running out of hope.

But after four months things picked up. I got two interviews in as many days, one with a company in Cambridge and another in Aberdeen. Desperate for any job by then, I travelled hundreds of miles for the appointments and got to the last two for the Cambridge job, only losing out to a more experienced research candidate from UCL. That's the thing about negative results – you can't publish them. I was offered the position in Aberdeen but they wanted to job-share the post between two people, a fact they conveniently forgot to mention during the interview and that made relocation to Scotland financially impossible.

The job centre did pay for my interview expenses, however, and my outlook improved – maybe I wasn't so rubbish after all. I soon got another interview for a one year post at Manchester University – some long awaited breathing space – and when I was given the position it was renewed for three years. I've since switched to another university and after two and a half years there and 11 years in total as a post-doc, I've been offered that permanent full-time post.

Finally, I can forget about that sinking feeling that comes with knowing your contract is up. Is there funding? Will my grant application go through? Will I have to apply for another job? For the first time, I can look ahead and plan for my future. I can buy a house and build some foundations in a city without worrying if I have to move on in three years.

What people sometimes don't realise is that a career in science is about sacrifice. You are overqualified and underpaid. You work late evenings and weekends when the experiments demand it. You're never permanently employed. No grant then no job. No HEFCE funding then no job. No exciting results then – guess what? – no job.

You have to be a dynamic researcher with contacts and grants and results and publications. And you have to do it quickly. The gun sounds as soon as they shake your hand after the viva – and you're off. You have five to 10 years to get your own funding. Otherwise you become too expensive – I have twice taken a pay-cut to get a contract. After eight to 10 years you don't even qualify for research council starter fellowships.

I know of many friends who have given up on a science career after completing their PhDs. No wonder, when it can take up to 15 years to get a lectureship. My own situation has improved. Both my university and line manager have been very supportive and allowed me to start a PGCHEP (Postgraduate Certificate in Higher Education Practice) to improve my teaching abilities. But I am one of the lucky ones to get a permanent position.

Anyone entering the research field should be under no illusion that it takes blood, sweat and tears to get anywhere unless you hit a magical bullseye: that truly novel find and that first Nature/Science paper from your first research project. To those lucky few, fellowships and PI grants and lectureships follow. The rest of us simply help them along the way, the faceless science post-docs trying to grind out a career and hit lucky on a project, idea or grant application before we become either too expensive or unemployed.