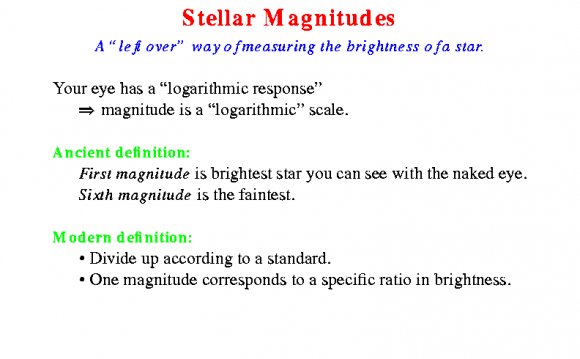 My hope for this piece is movement from the closed, fearful, defensive fist to an open, trusting, generous, and enthusiastic hand.

Prepare yourselves for forty voices singing a selection of poetry by Walt Whitman. Below are excerpts of the text being sung at the Frye this weekend, selected and arranged by Sara Edwards. Hit “play” above to hear audio from a recent rehearsal in the Frye galleries.

[Sara]
This hour I tell things in confidence,
I might not tell everybody, but I will tell you.

[All]
I resist any thing better than my own diversity,
Breathe the air but leave plenty after me,
And am not stuck up, and am in my place.

Co-curator Ryan Mitchell and artist Cris Bruch in conversation on Home ala Cart, 1987 one of Bruch’s five works in Mw [Moment Magnitude].

Ryan Mitchell: I’m really happy to imagine the performance of Home ala Cart because it cannot be recreated. Like, the meaning would be lost.

Cris Bruch: It would be nostalgic kitsch at this point.

RM: I get to imagine what it was. Maybe it can never be re-preformed. The museum context for me encapsulates the performance moment by showing that it is absent from the museum itself.

CB: Performatively it’s strange. As far as where the art is, that’s a complex question. It’s entirely possible—it’s unlikely—but it’s possible that somebody can spend enough time looking at a static piece of art, a piece of ephemera, and have an experience where they are looking, thinking, and feeling, and at the same time watching themselves look, and think, and feel. That’s kind of the essence of what I think good art does. It makes me conscious of my own response and then leads me into an investigation of my response in relation to whatever it is I’m looking at. All of that is possible when interacting with an object.

RM: I imagine, whether it happened or not, that the performative action of Home ala Cart was devastating to watch. My imagination has created the reality of the performance, which I think is legitimate as someone viewing the work.

CB: In a way you could make it better in your mind. Because it was certainly pretty pathetic in actual fact. Ha ha!

RM: Okay, but the idea is what is retroactively affecting my perception of the performance. I think that’s powerful. I don’t know how this performance happened but I can imagine coming upon this installation—

CB: This guy squatting in the rain trying to fry a couple eggs in a parking lot. Ha!

RM: —and you see the toilet and you wonder if he’s going to use the toilet… I think you have the benefit with Home ala Cart for a longer lasting narrative of what it meant to make this piece.

CB: Making objects is analogous to a written tradition whereas performance is analogous to an oral tradition. Objects are a layer of representation and I assume that things accumulate meaning; they shed meaning that becomes irrelevant and take on meaning that has increasing relevance. The goofy little thing just sits there and doesn’t really change. I make art, partly, as a vehicle for thinking; partly to make that process visible, accessible, and to open that up to interrogation and partly to make a contribution to a conversation.

In what may well have been the most well-lit hip hop concert of all time, local music/visual art collective Black Constellation brought cosmic sounds to the Frye Saturday night, and about 250 people danced lightly. Is that what was supposed to happen? God knows. What’s “supposed” to happen in an art museum? Silence?

It was a presentation of space-art for earth people. In that zone, there are no hard rules.

Musically, Catherine Harris-White (from THEESatisfaction) stole the show, singing trancelike repetitions in her alto voice. The new jams/gems felt like science fiction mixed with religious ceremony, with back-up from Ishmael Butler and Tendai Maraire (Shabazz Palaces) on hand-drums and digital samplers. The Constellation has kept a prayerful room since October in the Frye’s Mw [Moment Magnitude] exhibition— after the late sci-fi writer Octavia Butler, includes jewelry by THEESatisfaction, a music video featuring Shabazz Palaces and directed by Maikoiyo Alley-Barnes, and a headdress by Alley-Barnes. The concert wrapped that in fine style, as the exhibition nears its close at the end of this week.

The show began with Funkadelic’s “Eulogy & Light” from someone’s laptop. Then Butler led the musical service, rapping with a loopy delivery, pulling songs from Shabazz Palaces’ album Black Up and THEESatisfaction’s awE naturalE, aka the best local albums of 2011 and 2012, if you ask this writer.

As the Constellation pumped its fists, chanted “Get black!” and jammed freely on instruments and microphones, the crowd shuffled its feet twenty feet away. Between the performers and the audience was THROUGH HOLLOW LANDS, a blinding-white electric-light sculpture by LILIENTHAL | ZAMORA, dominating all viewpoints with radiant fluorescent tubes. Sunglasses were a good idea.

Did the lights make any kind of artistic connection with the music? I kept thinking of Butler’s Shabazz lyric, “I’ma be a bright light / on the dark side of town.” Is the Frye on the dark side of Seattle? It’s on First Hill, a neighborhood known for hospitals and halfway houses. To me, those places are light and dark at the same time.

What is the magnitude of the problem? - Improving Mental ...

What is the "Moment Magnitude Scale" of an earthquake ...