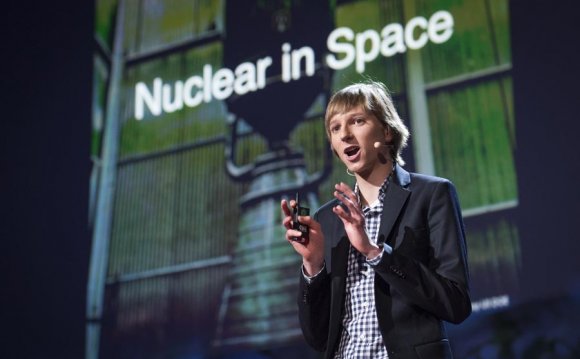 When he was 14, Wilson built a nuclear-fusion reactor. Then, a bomb-sniffing device that impressed even the president. Now 18, the prodigy is skipping college and using a $100, 000 Thiel Fellowship to try to crack the riddle of harnessing energy from nuclear fusion—a feat that plenty consider impossible.

I was about 10 when I got into nuclear science. That was when that spark hit me. It took a few years of research, but when I was 14, I produced my first nuclear-fusion reaction.

Since then, the areas where I’ve made a lot of innovation are counterterrorism and nuclear medicine. I’ve been focused on detecting nuclear terrorism at ports, in cargo containers, and I developed and built detectors that are extremely cheap and also very sensitive. My other big development is a system to produce medical isotopes that are injected into patients and used to diagnose and treat cancer. It’s a design that costs less than $100, 000 and wheels right into a hospital room—replacing multimillion-dollar, warehouse-size facilities.

That’s all blossomed into an interest in fusion energy, which I’m convinced is our energy future. The joke in fusion is, it’s 30 years away, and always will be. I think it’s perhaps the biggest scientific challenge since we tried to go to the moon. But it’s worth doing, and I have ideas on how to make it work.

These days, the scientific community accepts me. But getting to that point was tremendously hard, and I think it required a big perception shift. When people have dedicated their lives to something—and spent eight years in college—they just expect that a kid wouldn’t be up to doing it. But kids have a certain predisposition to do things differently and see the world differently—and that’s helpful. I don’t mean to offend anybody, but I think that we get a lot of scientists now who are bent into a system, and we lose some of their boldness by that. Obviously, you have to learn the ropes, but I think it’s important to do that without hammering out the radicalness that makes innovation happen.

You know, if you look at the scientists who really make a difference, they think boldly. They’re not afraid to question what they see.