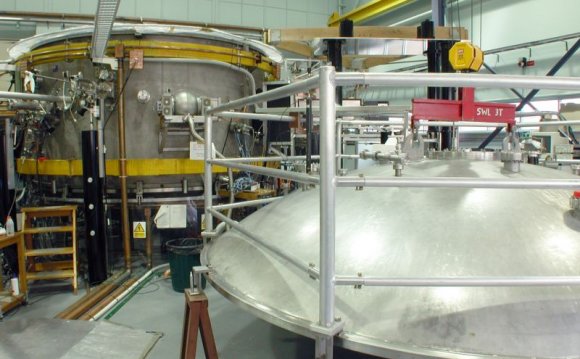 Compared to the previous system, the new plasma simulator performs more than eight times better, and that performance is the twelfth best in the world and the second best in Japan (performance benchmark; HPCG benchmark (as of June 2015)). In conducting deuterium plasma turbulence simulation in the LHD, in the old system calculation itself took more than 400 hours, and (from the beginning of the simulation until the final results were obtained) more than six months were necessary for the completion of all analyses. Using the new plasma simulator, calculation took 50 hours, and all analyses were completed in approximately one month, and regarding the many problematic conditions in the previous computer, it is now possible to undertake simulation analyses.

At the Inter-University Research Institute Corporation National Institutes of Natural Sciences National Institute for Fusion Science, for the first time in the world, using the newly installed "Plasma Simulator" we have simulated deuterium plasma turbulence in the Large Helical Device (LHD). From this result, we have clarified that the energy confinement in a deuterium plasma is improved in comparison to a hydrogen plasma. The performance of the plasma simulator, which is a specialized computer utilized for plasma and fusion science research, is the best in the world. These results obtained from complete use of the performance of the computer will link to research for the enhanced performance of plasma in the upcoming LHD deuterium experiment. Further, by using the cutting edge plasma simulator we can anticipate that plasma and fusion research will rapidly develop further.

In achieving fusion energy, it is necessary to heat a plasma to more than one hundred million degrees, to confine that energy, and to maintain that high-temperature condition for a long period of time.

One of the research issues aiming at raising the plasma temperature and maintaining the plasma for a long-duration is the phenomenon of plasma turbulence. When disturbances called waves and eddies (that is, turbulence) develop in a plasma, because the high-temperature part of the plasma is mixed with the low-temperature part, the plasma temperature does not rise. As a plasma is composed of numerous ions and electrons, because it is confined by the magnetic field the turbulences in this plasma are extremely complicated. In order to investigate turbulences, in addition to experiments, large-scale numerical simulations by a supercomputer are essential.