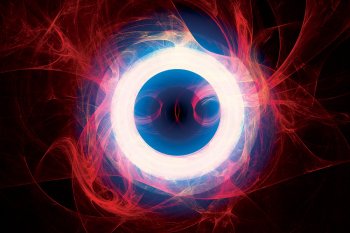 Scientists are rejoicing after the inaugural test run of the Wendelstein 7-X (W7-X) fusion reactor last week. Inside the massive, uniquely-shaped stellarator, one milligram of helium gas was heated to 100 million degrees Celsius, creating a plasma which lasted for one tenth of a second. According to the team operating the reactor, “everything went according to plan, ” which means we are leaps and bounds closer to harnessing nuclear fusion technology for cleaner energy.

The unique design of the W7-X stellarator, a device that recreates the fusion activity inside stars, could also mean more sustainable and safer operations for the future, as compared to typical fusion container designs. Called a “tokamak, ” doughnut-shaped containers have historically been used to cage plasma within significantly cooled magnetic walls, yet the W7-X’s design’s twists and turns eliminate the need for a current within the magnetic mechanism. The structure was shaped by a supercomputer, keeping the plasma from touching the walls by making sure it travels at 700 miles per second.

Professor Steven Cowley, head of the Centre for Fusion Energy in the UK, states, “Wendelstein is a natural design which does without the current. It gets the magnetic field controlling the plasma to twist, using weird-shaped magnets. It’s a different route to nuclear fusion.” Compared to the UK’s own JET machine, which has produced plasma from hydrogen at 250 million degrees Celsius and 16 megawatts of power through use of a powerful current, the costs of energy differ greatly.

The need for an industrial scale fusion reactor to run 24/7 requires cheap, clean power. Ambitiously, the next project will be creating hydrogen plasma at much higher temperatures, which will be attempted in France for the cost of €15 billion with the new International Thermonuclear Experimental Reactor (ITER). The hope is that the reactor can create a “fusion burn, ” which is a self-sustaining reaction only needed when firing the machine into motion. Crowley says, “If it does burn – and all the predictions are that it will – it will be a Wright Brothers moment.”