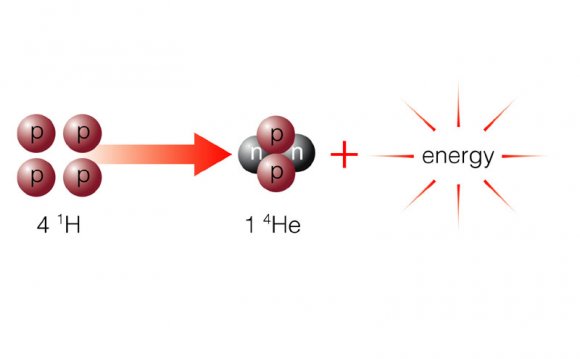 One of the most important challenges for successful commercialization of fusion power is the development of materials that can tolerate the extreme conditions of elevated temperatures and high particle flux of hydrogen isotopes and helium present in fusion reactors. Researchers designing the ITER international fusion reactor plan to use tungsten—one of the toughest materials known. A LANL team performed simulations to understand more fully how tungsten behaves in such harsh conditions, particularly in the presence of implanted helium that forms bubbles in the material. The journal Physical Review Letters published the team's research. Insight into the interactions between helium bubbles and tungsten could enable predictions of the evolution of tungsten over time in a fusion reactor.

Significance of the research

ITER is a large-scale, international scientific experiment in France that aims to demonstrate the viability of fusion energy, the same process that powers stars. Scientists will use two hydrogen isotopes, deuterium and tritium, to create a plasma at very high temperatures—between 10 million and 100 million degrees kelvin. The deuterium and tritium will collide in this extreme environment, fuse together to form a helium atom, and release a very energetic neutron.

As these helium particles bombard the tungsten wall, they form clusters within the material. When enough helium atoms are bunched together, they can "knock out" a tungsten atom from its normal position to form a nanoscale cavity within the tungsten. This acts as the nucleus of a helium bubble that can then grow very large, reducing the durability of the material. These bubbles also serve as traps for tritium, which reduces the amount of tritium available for the fusion reaction and introduces a radiological hazard. In addition, helium bubbles cause the tungsten surface to develop a fuzz-like nanostructure, which might erode into the plasma, degrade its quality, cool the fusion reaction and make it far more difficult to maintain.

The Los Alamos research is the first atom-based simulation of helium bubble growth at an appropriate rate for understanding bubble formation in fusion plasma facing materials in ITER. The new models revealed the impact of competing processes on helium bubble formation in plasma-exposed tungsten. The research demonstrated rate effects on bubble size, shape, pressure, and surface damage. These are critical features for predicting the response of tungsten under fusion conditions.

The Laboratory researchers combined accelerated molecular dynamics (AMD) with leadership-class computing to simulate the evolution of helium bubbles at helium implantation rates relevant for the conditions at ITER. The team used the Parallel Replica (ParRep) method, developed at Los Alamos, to achieve a drastic speedup in computing. The scientists examined the growth of helium bubbles in tungsten for growth rates spanning six orders of magnitude.