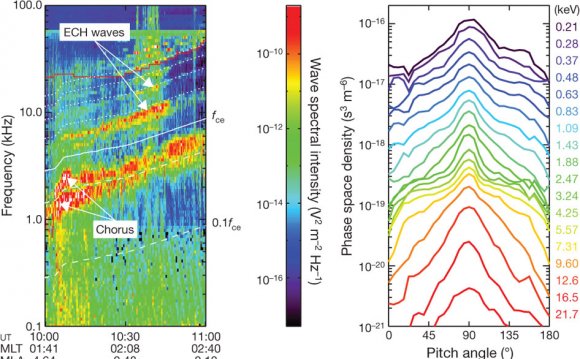 The best way to study the subatomic particles that make up the most fundamental building blocks of our universe is, of course, to smash them into each other with as much energy as possible. And now physicists at SLAC National Accelerator Laboratory say they’ve found a better way to do that.

Researchers at SLAC’s Facility for Advanced Accelerator Experimental Tests (FACET) are especially interested in what happens when they crash high-energy beams of electrons into beams of positrons, their antimatter opposites. To answer the next generation of questions about these particles, however, physicists would need particle accelerators six miles long or more, with current accelerator technology.

That’s why FACET researchers developed a way to increase the energy of a particle beam in a shorter distance, so physicists could study electrons and positrons with smaller accelerators. It works like this: when physicists fire a concentrated group of electrons into an ionized gas, or plasma, the electrons create a wake. That wake can help accelerate a second group of electrons, travelling behind the first group, because they get to basically surf on a wave of plasma.

The technique, called plasma wakefield acceleration, works well for electrons, but it’s harder to accelerate positrons this way. Usually, the second group of positrons loses its shape or slows down when its hits the wake, rather than surfing the plasma wave and going faster. Researchers at FACET found a way to fire a single, carefully shaped group of positrons so that the front of the group creates a wake that helps accelerate the tail of the group and focus its shape.