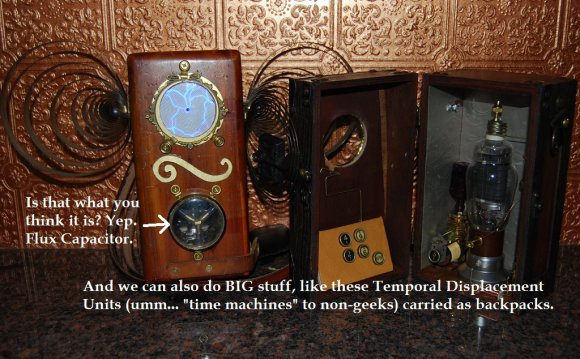 A hot (1, 000C) tungsten sample is exposed to high-power deuterium plasma in the PISCES-B device to investigate plasma-surface interactions. Such research and experiments are conducted at the UCSD Center for Energy Research's PISCES lab, which is used to perform fundamental and experimental research in the field of boundary plasma science for fusion applications. Credit: UC San Diego

Fusion is best known for powering the sun and stars. But researchers have long been studying ways to transform that power source into future "green" energy that can be used on Earth. A team of researchers from UC San Diego, MIT and UC Berkeley have received a $7 million research grant from the U.S. Department of Energy (DOE) that could lead us one step closer to making that a reality. The researchers will use the five-year grant for fundamental multiscale studies of plasma-material interactions.

It's well known in the fusion scientific community that plasma-surface interactions (PSI) pose an immense scientific challenge in magnetic confinement fusion; present understanding of PSI in confinement environments is highly inadequate. Under the DOE grant, the three universities will establish science co-centers that will focus on an innovative approach to PSI sciences.

"Right now we're not really making sufficient scientific progress in this field, " said Russ Doerner, a research scientist in the UCSD's Jacobs School of Engineering's Center for Energy Research and co-PI on the DOE contract. "There's no deep understanding of this interaction between the plasma and its 'wall' and the other materials in a confined environment. If you can build these 'walls', or layers, to be more effective it will save time, money and energy in the long run."

The 'wall' Doerner is talking about is basically the first surface, or layer, between the plasma (or super hot gas) and the container it is active in. He and his team hope this research will lead to a better understanding of a way to engineer plasma "walls" to survive in the environment necessary to generate fusion power.

"Our aim is to provide power from fusion in a controlled environment, " he said. "From a DOE and energy perspective, fusion energy is important for the future because most everything we're using these days is eventually going to be exhausted. Renewable energies like wind and solar are good, but they don't provide the necessary power concentration you need for something like large industrial or population centers."

Doerner said a couple short pulse magnetic confinement machines (called TFTR and JET) have proven the scientific feasibility by measuring fusion happening in their plasma, but have not generated as much power as they have consumed.

At the heart of the sun, fusion takes place at a temperature of 15 million degrees. However, since it impossible to reproduce these conditions on Earth, terrestrial fusion reactors must operate at lower pressures and higher temperatures - at about 100 million degrees. The best way to control the plasma is to "bottle" it, enclosing the electrically charged gas in powerful magnetic fields. So far, the most successful magnetic "bottle" is a doughnut-shaped device called a tokamak, where a helical magnetic field is used to confine the plasma.

"With magnetic fusion you are basically trying to build a sun on earth, " Doerner explained. "But you have to put the sun inside of something. The sun tries to melt the walls. We try to study how the walls behave in that environment. We are trying to understand the plasma interaction with the surfaces around it so we can keep the plasma pure and the walls intact. …If you want to be effective in producing sufficient energy you have to have the walls intact and you have to keep the plasma clean. How the plasma interacts with the walls is one of the issues that determines how well these fusion reactors will generate energy and how cost effective they will be."

Doerner and his group hope their research will help aid the building and operation of large projects like ITER (originally the International Thermonuclear Experimental Reactor), an international tokamak (magnetic confinement fusion) being built in France that could help to make the transition from today's studies of plasma physics to future electricity-producing fusion power plants by making a fusion plasma that produces more power than it consumes. Construction of ITER is expected to be completed by 2018.

According to the ITER consortium, fusion power offers the potential of "environmentally benign, widely applicable and essentially inexhaustible" electricity, properties that the organization believes will be needed as world energy demands increase.

"If we look at what's been happening in fusion research, in particular with the advent of ITER, we are waking up to the challenges of the interactions of materials in confinement devices, " said Dennis Whyte, Associate Professor of Nuclear Science and Engineering at MIT and the lead PI on the DOE research project. "We have to integrate the [PSI] science into this field now. Otherwise you'll delay the real development of fusion for another 20 years."

Whyte said the team's goal is to also apply their future research findings for other large fusion energy and electricity-driven plants and facilities. Under the DOE contract, The 'science centers' at UC San Diego, MIT and UC Berkley will focus on research for surface and film dynamics, synergistic effects of radiation and plasma damage, plasma fuel retention, sheath physics and material erosion and transport.

"Fusion should be looked upon on as an attractive nuclear energy source. In the end you need baseline electrical power to run an industrial society, and fusion could provide that, " Whyte said. "But when you engineer these materials and environments you have to know how they all will work together and interact. Our vision is to make this (fusion energy source) carbon free and very safe. "

How to get Free Plasma Energy - Nano Coating 101