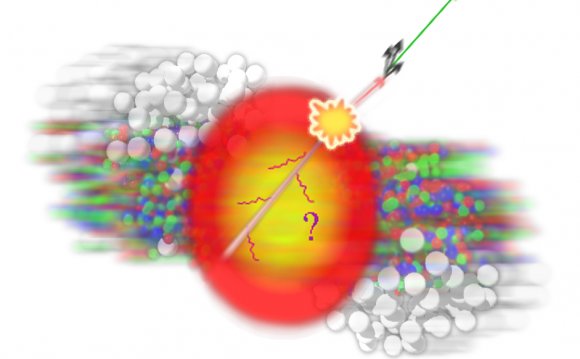 According to CMS physicists, quark-gluon plasma is a very hot and dense state of matter of unbound quarks and gluons.

“It’s believed to correspond to the state of the Universe shortly after the Big Bang. The interaction between partons – quarks and gluons – within quark-gluon plasma is strong, which distinguishes the quark-gluon plasma from a gaseous state where one expects little interaction among the constituent particles, ” said team member Dr Quan Wang of the University of Kansas.

“Before the CMS experimental results, it had been thought the medium created in a proton on lead collisions would be too small to create quark-gluon plasma.”

“Indeed, these collisions were being studied as a reference for collisions of two lead nuclei to explore the non-quark-gluon-plasma aspects of the collisions, ” said Dr Wang, who is a co-author on the study published in the journal Physical Review Letters.

“The analysis presented in this paper indicates, contrary to expectations, a quark-gluon plasma can be created in very asymmetric proton on lead collisions.”

According to the team, this unexpected discovery sheds new light on high-energy physics.