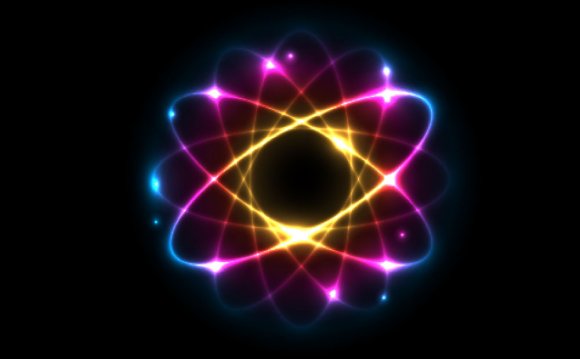 Ah, fusion power. Holy grail of our energy problems. The savior of life on Earth. Our key to the stars. Source of power for Tony Stark's Iron Man.

But the only problem is that people have been saying this for many, many years (except the Iron Man bit). Fusion power always seems like it’s just on the horizon before, a few years later, we seem to be back to square one again.

Now a team from the Massachusetts Institute of Technology (MIT) thinks we might finally have a reason to get excited, although we should still err on the side of cautious optimism. Using a new type of superconductor, they say they can reduce the size of a potential fusion reactor while drastically increasing its power output. “It changes the whole thing, ” Dennis Whyte, a professor of Nuclear Science and Engineering and director of MIT’s Plasma Science and Fusion Center, said in a statement. Quite.

Their proposal involves a type of reactor known as a tokamak, which is donut-shaped. A fusion reactor recreates the Sun’s process of fusing hydrogen atoms together to form helium at its core, which releases enormous amounts of energy. One of the hardest parts of replicating this, though, is heating the plasma required for the reaction to temperatures equivalent to the core of a star, about 15 million degrees Celsius (27 million degrees Fahrenheit), while keeping it confined.

Doing so has relied on using magnetic fields produced by copper conductors to trap the heat and particles in the center of a reactor, but producing strong enough magnetic fields via this method is a complicated, not to mention bulky, process.

So, what if there was another way?

In their paper in Fusion Engineering and Design, the MIT team explain that by using rare-earth barium copper oxide (REBCO) superconducting tapes instead of copper, high-magnetic field coils can be created at a fraction of the size. In fact, they say they could actually increase the fusion power by a factor of 10 in their experimental reactor, nicknamed ARC (hat tip to Iron Man), when it is cooled to the temperature of liquid nitrogen, about -200°C (-330°F). This is because the new superconductors produce a stronger field than their copper counterparts.

These new superconductors also do not overheat quickly, unlike copper, so they can theoretically produce a steady power output. The team said the reactor could produce up to six times as much energy as is needed to actually keep it running, enough for 100, 000 people. No fusion reactor has ever been demonstrated to produce as much or more energy as it uses.

“Fusion energy is certain to be the most important source of electricity on Earth in the 22nd century, but we need it much sooner than that to avoid catastrophic global warming, ” said David Kingham, CEO of Tokamak Energy Ltd. in the U.K., who was not connected with this research, in the statement. “This paper shows a good way to make quicker progress."

The ARC reactor is simply a proposal for now, but the team said it could potentially be built in just five years. For comparison, construction on a huge $40 billion (£26 billion) experimental fusion reactor in France called the International Thermonuclear Experimental Reactor (ITER) began in 2013, and is expected to be completed in 2019. It was designed before these new superconductors were available.