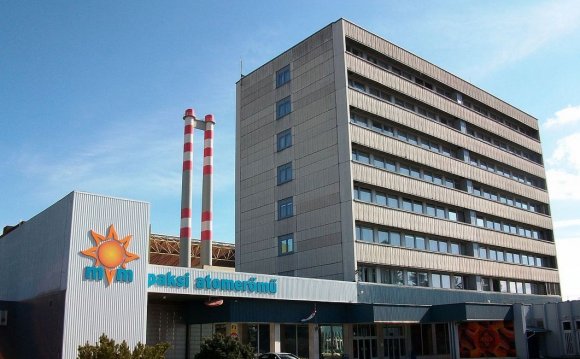 Rising temperatures around the world are a compelling argument for nuclear energy, industry advocates say.

However, they acknowledge that existing nuclear energy technologies—and the corresponding policies—aren’t up to the job.

“While nuclear can be a very large share of global demand and low carbon supply, we’re not going to do it, I believe, on the current generation of technology, ” said Armond Cohen, executive director of the Clean Air Task Force. “My concern is these things take just too bloody long to build.”

Speaking yesterday at the Nuclear Energy Institute’s annual conference in Washington, D.C., Cohen observed that France decarbonized its power grid by 75 percent using nuclear power, but the transition spanned two decades, a time frame that is too long to address a rapidly encroaching problem like climate change.

Fortunately for the industry, one of its biggest obstacles—environmental opposition—is on the decline, though former U.S. EPA Administrator Christine Todd Whitman noted that green groups aren’t embracing nuclear power just yet.

“We’re finding more and more that they’re not fighting it because they care so much about climate change and about clean air, ” she said. “There is an appetite for nuclear in this country.”

Even the 2011 Fukushima Daiichi meltdowns in Japan, which led many countries to question nuclear power and led Germany to disavow it altogether, haven’t rekindled opposition in the United States.

“I believe there is no evidence whatsoever that Americans have revived, or that Fukushima reignited the anti-nuclear movement of the 1970s, ” said former Indiana Congressman Philip Sharp, now the president of think tank Resources for the Future. He added that there is still public appetite for nuclear power in the United States.

However, slow advances in reactor designs, compared to far more rapid advances in renewable energy and energy storage, mean that low-carbon energy systems may end up competing head to head with nuclear.

“For climate reasons, it’s really important those movements substitute for coal and not substitute for nuclear, ” Sharp said. “Otherwise, we have a bigger hurdle to climb in taking action on climate.”

Inhofe: Clean Power Plan won’t help industry
Part of the problem for the nuclear industry is that the reactors on the market are cut from the same cloth as those built during the post-war atomic era. The wavering fortunes of the nuclear industry have led to a dearth of research on new designs that take advantage of better materials and manufacturing techniques that could drive down costs.

Earlier this week, John Parmentola, senior vice president of energy and advanced concepts at General Atomics, told a House energy subcommittee that the United States needs to invest in a test bed nuclear reactor to ramp up development in the next generation of atomic energy (E&E Daily, May 14).

Transatomic Power Corp., a nuclear energy startup, is developing a reactor that runs on waste from existing reactors. However, its founders lamented that economic and political concerns have trumped advances in nuclear science and engineering. Co-founder Mark Massie said building modern nuclear reactors on first-generation technology is analogous to building airliners out of the same wood and cloth the Wright brothers used in their prototype (ClimateWire, Dec. 15, 2014).

On the policy side, nuclear needs a level regulatory playing field. Dan Reicher, who served as assistant secretary of Energy for Energy Efficiency and Renewable Energy at the Department of Energy during the Clinton administration, said that the more consistently the Obama administration can write its Clean Power Plan, the more likely it will survive challenges in the Supreme Court. In the existing proposal, only a small fraction of nuclear power counts toward state carbon targets.

But the climate argument—and subsequent policy—won’t sway everyone, even if they already support nuclear energy. Sen. James Inhofe (R-Okla.), who once described climate change as a “hoax, ” told members of the nuclear industry earlier in the day that the Clean Power Plan has nuclear in its crosshairs and that carbon regulations are still a net negative for the nuclear industry (Greenwire, May 14).