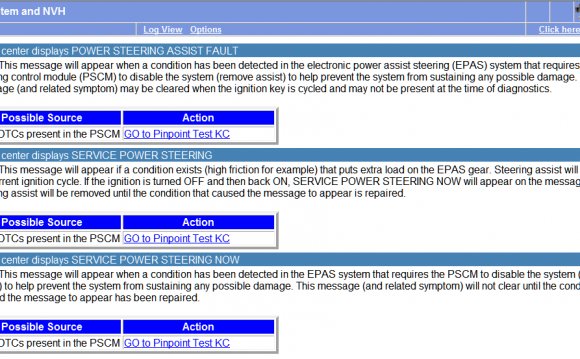 Ford announced that it is recalling a total of 1.4 million vehicles across four separate recall campaigns, with most due to potential power steering problems.

Three of the four recall campaigns were pushed by automobile safety regulators in the United States and Canada, showing that government agencies are becoming stricter in enforcing vehicular safety after the crisis involving General Motors and their slow recall of cars with problems in the ignition switch that caused engines to suddenly shut down.

Instead of making their case against the regulators, Ford opted to issue recalls.

The largest recall campaign involves 915, 000 units of 2008-2011 Ford Escapes and Mercury Mariners in North America for issues regarding sudden shutdowns of the power steering system that could lead to accidents. The National Highway Traffic Safety Administration reported five car crashes in the U.S. and six injuries that were caused by this problem.

Another campaign recalls 82, 500 Ford floor mats that may be installed in the driver's side of 2006-2011 Ford Fusion, Mercury, Milan, Lincoln Zephyr and MKZ models. Improper installation may cause the mats to touch the vehicle's accelerator pedal, obstructing its operation. Dealers will replace the old mats for new mats.

Lastly, 196, 000 2010-2014 Ford Tauruses are being recalled due to rust issues in the vehicle's license plate lamp, which has the potential of causing fires. The company said that it received 18 reports of fires caused by the issue. Dealers will replace the lamp assembly with a new one, which Ford began using in February.

Just this year, over 20 million vehicles have been recalled in the United States. The rate of recalls is on pace to become the highest number of recalls within a year, after the record 30.8 million recalls made in 2004. Of this figure, 13.8 million are GM vehicles.