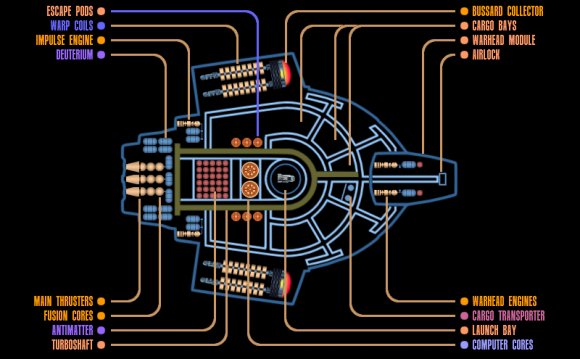 Imelda Marcos wants to save the world, albeit stylishly. Wearing a simple, discreet slide sandal, the 84-year-old former first lady of the Philippines greets a visitor to her spacious, memento-laden Manila apartment with a surprise: Before reminiscing about politics, fashion, or her years in and out of power, she wants to talk seriously about energy.

It seems that uncommon amounts of deuterium, an isotope also known as heavy hydrogen, reside in the water at the bottom of the Philippine Trench. To get it, all you have to do is cruise out 170 miles east of the Philippines and bring water up from the ocean floor, about 6.5 miles below the surface. Marcos, the widow of former Philippine President Ferdinand Marcos, who died in disgrace and in exile in Honolulu in 1989, says she spends millions of dollars a year to maintain her exclusive right to extract water from the trench in the hope that having an abundance of deuterium can speed the development of advanced nuclear fusion reactors. She’s seeking billions of dollars from foreign investors to fulfill her vision.

Called “Madame” by many of her admirers in the Philippines, Marcos remains a relentless, beguiling, and slightly wacky self-promoter. She says Edward Teller, the controversial physicist known as “the father of the hydrogen bomb, ” persuaded her to develop her country’s deuterium in a 1971 visit to the Malacañang Palace, the Philippine president’s residence. Teller, she adds, was a major supporter of her efforts until he died in 2003.

While fusion holds immense promise, its progress has been stymied for decades by technological challenges and is likely to remain slow. Dennis Whyte, a professor of nuclear science and engineering at the MIT Plasma Science and Fusion Center, pours cold water on Madame’s assertions when he says, “Deuterium is readily available in seawater, even at the surface, ” adding that “a viable demonstration fusion reactor is expected to be online in 2040 or later, with commercialization beyond that time.”

Nevertheless, Marcos says she carries on because deuterium “can save the world.” Her current efforts are encapsulated in two booklets. One, a feasibility study, acknowledges costs but claims that deuterium pumped from the Philippine Trench could be processed “into a high-potent but environmentally friendly fuel that would eventually replace conventional or fossil fuel gas.” According to her study, the proposed venture would earn $829 billion a year in its first four years after operations begin. As for the billions she’d personally make from the project, Marcos quotes her late husband, who used to say, “What is good for all is good for me.”

Marcos says she’s in discussions with Japanese businessmen who want to team up with the Philippine government to extract deuterium from the trench. She thinks big oil companies would be logical investors, and she’d like to attract additional funding from U.S., Chinese, and Russian investors. “I have been nagging my American friends” to invest, she says. But the project “seems so unbelievable, they think I am crazy.”

While she pushes deuterium with a zealot’s ferocity, Marcos does have other passions. The Marcos brand has regained much of the popularity it lost when the family was forced from power in the 1980s, and since 2010 she has served as a member of the House of Representatives. Her son, Ferdinand “Bongbong” Marcos Jr., a graduate of the University of Oxford and the Wharton School, has a seat in the Philippine Senate. Speculation abounds that he’ll run for president in 2016 when Benigno Aquino III’s term ends.

As conversation continues over a lengthy steak-and-vegetable dinner at a hotel’s Italian restaurant, Marcos journeys back into her personal history. After her mother died when she was 8, Imelda and her family (she was the sixth of 11 children) lived on a coconut plantation on the island of Leyte. She moved to Manila in 1950, where she worked as a singer in music stores while participating in beauty contests. Four years later, she met Ferdinand, a 37-year-old senator and much-decorated former soldier. “Marcos proposed to me 20 minutes after we met, ” she says, “and 11 days later we were married.”

During her years as first lady, Marcos held several other positions, including governor of Metropolitan Manila and minister of Human Settlement. She also toured several countries as a special envoy, combining her diplomatic missions with extravagant shopping sprees. Along with the jewels and the furs, she collected real estate, including New York’s Crown Building, Woolworth Building, and Herald Center.

In 1983, Benigno Aquino Jr., an important opposition leader, was assassinated while trying to return to Manila from exile overseas. Outrage over his murder, thought by Aquino’s supporters to have been carried out by forces loyal to Marcos, led to the People Power Revolution that swept his widow, Corazon Aquino, into office in 1986, and to the flight of Ferdinand and Imelda to Hawaii.