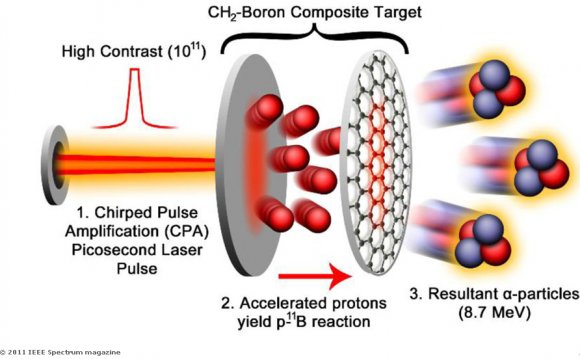 For more than 60 years, scientists have dreamed of a clean, inexhaustible energy source in the form of nuclear fusion. And they’re still dreaming.

But thanks to the efforts of the Max Planck Institute for Plasma Physics, experts hope that might soon change. Last year, after 1.1 million construction hours, the institute completed the world’s largest nuclear fusion machine of its kind, called a stellarator.

They call this 16-metre (52-foot) wide machine the W7-X. And following more than a year of tests, engineers are finally ready to fire up the US$1.1 billion machine for the first time, and it could happen before the end of this month, Science reported.

The black horse of nuclear reactors

Known in the plasma physics community as the 'black horse' of nuclear fusion reactors, stellarators are notoriously difficult to build. This video below demonstrates the construction of W7-X, which took 19 years to complete:

Between 2003 and 2007, as the project was being built, it suffered some major construction set backs — including one of its contracted manufacturers going out of business — that nearly cancelled the whole endeavour.

Only a handful of stellarators have ever been attempted, and even fewer have been completed.

By comparison, the more popular cousin to the stellarator, called a tokamak, is in wider use. There are over three dozen operational tokamaks across the globe, and more than 200 built throughout history. These machines are easier to construct and, in the past, have proven to do the job of a nuclear reactor better than the stellarator.

But tokamaks have a major flaw that W7-X is reportedly immune to, suggesting that Germany’s latest monster machine could be a game-changer.

How a nuclear reactor works

Schematic of the average tokamak. Notice how it has fewer layers than the stellarator and the shape of the magnetic coils is different. Credit: Uploaded by Matthias W Hirsch on Wikipedia

The key to a successful nuclear reactor of any kind is to generate, confine, and control a blob of super-heated matter, called a plasma — a gas that has reached temperatures of more than 100 million degrees Celsius (180 million degrees Fahrenheit).

At these blazing temperatures, the electrons are ripped from their atoms, forming what are called ions. Under these extreme conditions, the repulsive forces, which normally make ions bounce off each other like bumper cars, are overcome.

Consequently when the ions collide, they fuse together, generating energy in the process, and you have what is called nuclear fusion. This is the process that has been fuelling our sun for about 4.5 billion years and will continue to do so for another estimated 4 billion years.

Once engineers have heated the gas in the reactor to the right temperature, they use super-chilled magnetic coils to generate powerful magnetic fields that contain and control the plasma.

The W7-X, for example, houses 50 5.4-tonne magnetic coils, shown in purple in the GIF below. The plasma is contained within the red coil:

The difference between tokamaks and stellarators

For years, tokamaks have been considered the most promising machine for harnessing the power of the sun because the configuration of their magnetic coils contains a plasma that is better than that of currently operational stellarators.

But there’s a problem: Tokamaks can only control the plasma in short bursts that last for no more than 7 minutes. And the energy necessary to generate that plasma is more than the energy engineers get from these periodic bursts.

If W7-X succeeds, it could completely turn the nuclear fusion community on its head and launch stellarators into the lime light.

“The world is waiting to see if we get the confinement time and then hold it for a long pulse, ” David Gates, the head of stellarator physics at the Princeton Plasma Physics Laboratory, told Science.