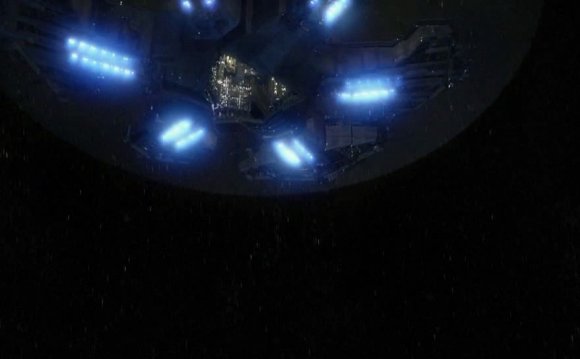 A NASA visualization of a February solar storm. Image: NASA

Whenever there’s a solar storm, NASA astronomers begin worrying about what’s going to happen with the charged particles associated with it—if the storm ejects enough of them at us, they can short out satellites and can potentially do damage to Earth’s electrical grid. But, normally, there are very few impacts on Earth. Researchers have finally discovered why: Earth has a plasma shield that pushes back against those particles during an incoming storm.

A new paper published in Science explains how, when Earth is threatened by a solar storm, plumes of cold plasma push back, slowing and redirecting the charged particles so that they are less of a threat to those of us on the ground.

The existence of this plasma shield wasn’t a secret, but now we finally know how it works, says Phillip Erickson, a researcher at MIT’s Haystack Observatory and one of the authors of the paper. He describes this shield as a “magnetic bubble” that exists about 60 kilometers above the Earth’s surface. The shield is always there, deflecting and absorbing the charged particles that the Sun is always giving off. But when there's a strong solar storm, it actively pushes back in something that (if we could see it) might look like something you see in a comic book battle between two superheroes. Seriously, check out this diagram:

“What happens is the sun’s particles are pushing on our magnetic field and the Earth is pushing back, ” he said. “There’s a reconnection that happens out there—the field is pushed on like a rubber band and it eventually snaps and gets reconfigured. When it’s pushed more violently [by stronger storms], it changes faster and allows magnetic energy to get into the Earth’s system.”

When that “snap” happens, the charged particles can enter the Earth’s atmosphere, which is when you can start to have problems with the electric grid. That has happened very rarely so far—the most famous one is the “Carrington Event, ” when a massive solar storm in 1859 set fire to telegram wires, and a solar storm in 1989 caused temporary power outages in Quebec.

Erickson said that the plasma shield is a big reason why smaller solar storms have no impact on Earth, but it doesn’t tell the whole story.

“It’s a complex thing, ” he says. “We understand some of the reasons and we others we don’t, but it looks like when you load part of the magnetic field with this cold, dense plasma that’s been generated in this system, it slows things down.”