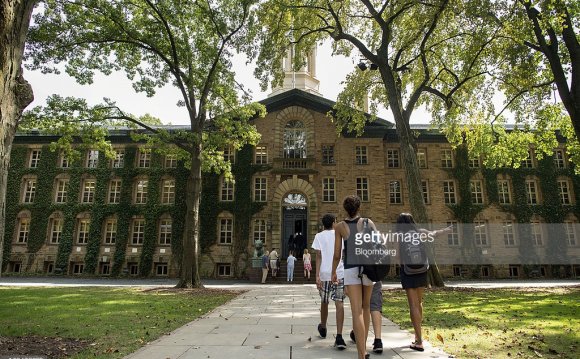 Ethicist Jason Brennan, whose posts on the ethics of voting for our 2012 Election 101 series were enormously popular, will be writing a series of posts for the PUP blog offering unique perspectives on ethics, voting, not voting, democracy, public policy and strategy. He is currently Flanagan Family Associate Professor of Strategy, Economics, Ethics, and Public Policy at the McDonough School of Business at Georgetown University, and is writing Against Politics, under contract with Princeton University Press. We’re excited to have him back, and to kick it off with his first post. –PUP Blog Editor

Saying stupid things to would-be voters is a very smart thing to do.

The Onion jokes: Donald Trump is “an eccentric, megalomaniac billionaire still more relatable to average Americans than anyone willing to dedicate life to politics”. Every other day, he says something outrageous or blatantly false, and yet he continues to grow in the polls. He seems to be getting by on empty slogans, with no well thought out policy ideas.  When you see a politician saying something outrageous or blatantly false, you might be tempted to decry the quality of our politicians. If only someone better came along.

But there’s a reason we have the kind of politicians we do, and it’s not because no one better is willing to step up to the plate. Nor is it because great and evil villains (insert the Koch Brothers or George Soros, depending on your political predilection) are keeping our saviors down. Donald Trump may or may not be an eccentric megalomaniac, and he has indeed said many substantively stupid things. But he’s not a stupid man, and saying stupid things to would-be voters is a very smart thing to do.