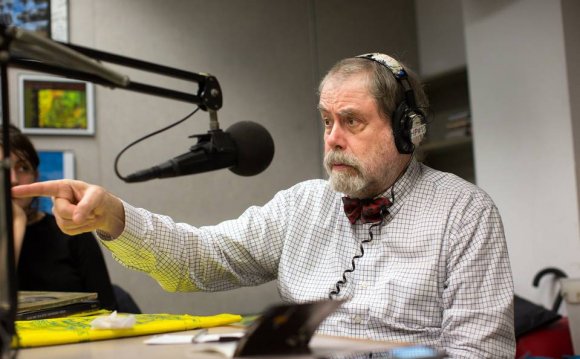 • WPRB, Princeton’s student-run radio station, was founded in 1940, just 20 years after public broadcasting was introduced in the United States by station KDKA in Pittsburgh.

• Henry Theis, a member of the class of 1942, organized the station — first known as WPRU — in his room in 441 Pyne Hall. He used the University’s electric wiring system to conduct recorded music, news of sports events and local advertising to campus listeners three hours daily.

• In 1955, WPRU obtained a license to build an FM transmitter and became the first student-owned and operated FM station in the country. From an antenna on top of Holder Tower, it beamed a 250-watt signal to potential listeners within a 20-mile radius, while continuing to broadcast simultaneously to the campus on the AM dial.

• Its new status as a licensed station required a change in name when it was discovered that a ship at sea was using the same call letters. It accordingly changed from its Princeton University-derived WPRU to a Princeton Broadcasting Service-derived WPRB.

• Today, the station (103.3 FM) makes its home in studios in the recently opened Bloomberg Hall. WPRB’s broadcast range stretches from the outskirts of New York through Philadelphia and into Wilmington, Del., which, combined with 14, 000 watts of stereo power, makes it one of the world’s strongest college radio stations. It is available to listeners everywhere on the Web.