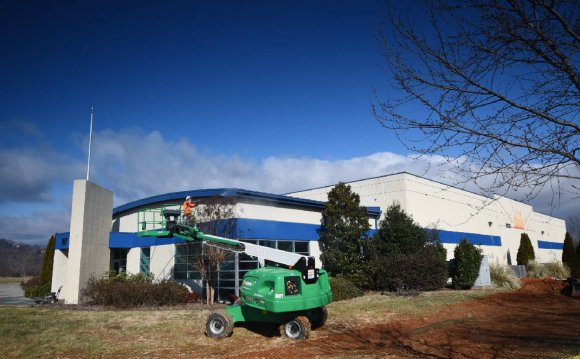 What all fusion reactors have in common is a ring-shaped form. The idea behind it is to take powerful electromagnets and create a strong electromagnetic field, which is shaped somewhat like an inflated bicycle tube.

That electromagnetic field must be so dense that when it is being heated by a microwave oven to about one million degrees centigrade, a plasma will emerge in the very center of the ring. And that plasma can then be ignited to start the nuclear fusion process.

In Europe, two prominent fusion experiments are under way. One is Wendelstein 7-X, which just generated its first helium plasma last week - albeit without actually going into nuclear fusion. The other one is ITER - a huge experimental project in southern France, which is still under construction and won't be ready to run before 2023.

ITER is supposed to do real nuclear fusion - but only for short periods of time, certainly not for any longer than 60 minutes. And ITER is just one of many steps towards turning the idea of nuclear fusion into a practical application.

Different reactor designers - first, developers from arms company Lockheed Martin and later a group of students from the Massachusetts Institute of Technology (MIT) went public this summer with new designs. They say they can build much more powerful and much smaller reactors than ITER and announced that such reactors could be on the market within the next decade.

The idea behind the new designs is to use modern high temperature superconductors for the electromagnets, which can be cooled with common liquid nitrogen, rather than using regular superconductors, which one needs liquid helium for. The new, more flexible technology would allow completely new reactor designs.

Klaus Hesch is skeptical. He is in charge of nuclear fusion technologies at the Karlsruhe Institute of Technology (KIT) in south-west Germany. Hesch also favors the new high temperature superconductors for new reactor designs. But, it is not enough to design something on your computer, just looking at the laws of physics - he argues you also need to look at challenges of putting it into practice.

"The model design of the MIT students shows what would be possible, if..." he argues "But actually it is a lot of science fiction. The design assumes that serious engineering problems have been solved - but we do not even have the slightest idea of how to solve them, " he told DW.

One of those problems is the idea of "demountable coils." To be able to get to the inner ring - which holds the plasma - the electromagnets could be taken apart in the MIT-design model.

"That would be very useful, because, you would be able to get at things in the inner system - and to replace them. But the reality is: Superconductors are made of ceramic material, " Hesch explained.

The bumpy road to nuclear energy