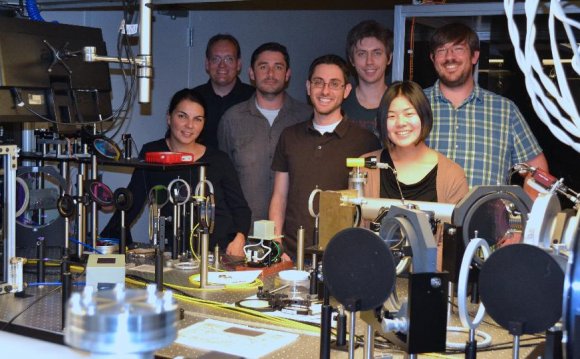 UCLA offers a breadth of researchers and facilities within this field. The Particle Beam Physics Laboratory (PBPL) is a state-of-the-art center for research into beam physics and accelerator technologies. Relativistic particle beams and the accelerators which produce them have served as cutting edge tools in scientific research for three-quarters of a century.

The practitioners of accelerator science can thus be placed in a tradition of instrument development dating back to Galileo. In the present time, beam physics is a vibrant, cross-disciplinary enterprise, which intersects heavily with high-energy density science, plasma physics, ultra-fast lasers, nonlinear dynamics and various high-field/high-power technologies.

The Basic Plasma Science Facility performs frontier-level research of the plasma state of matter. Usage of the facility is available to qualified scientists from national and international institutions, and industry. Research on the fundamental properties of plasmas aids our understanding of applications ranging from fusion energy to space science. The Basic Plasma Science Facility commenced in August of 2001. It is a user facility operated at the University of California, Los Angeles. The core of the facility is a modern, large plasma device (the LAPD) constructed by Walter Gekelman (the facility director) and his staff of reserch scientists and technicians. The first plasma was achieved in July, 2001 and the machine is now in operation.

At the Basic Plasma Physics Research Laboratory, research program focuses on the study of basic plasma physics phenomena. Research topics of broad interest and relevance to space and fusion research are the core of the program. Novel laboratory experiments are performed to explore plasma properties in new parameter regimes and to test theoretical models. The work involves the construction of suitable plasma devices, the design of experiments, measurements with a variety of diagnostic tools, data evaluation with computers, and comparisons with theories.

The Center for Multiscale Plasma Dynamics (CMPD) is a Department of Energy Fusion Science Center, hosted jointly by the University of Maryland and UCLA. Our mission is to extend established first-principles, microscopic, kinetic simulation techniques to problems that intrinsically involve the slow evolution of macroscopic variables, and to validate the simulations against experimental observations. At UCLA, the CMPD resides in the physics department. Experiments in support of the Center's theoretical effort are being performed in the Basic Plasma Science Facility at UCLA and at the Versatile Toroidal Facility at MIT.

The topics pursued by researchers at the Plasma Science and Technology Institute range widely from the behavior of naturally occurring plasmas, such as the solar wind, to novel approaches in controlled fusion energy. PSTI is associated with the departments of Physics and Astronomy, Electrical Engineering, Mechanical Engineering, Earth and Space Sciences, Atmospheric Sciences and the Institute of Geophysics and Planetary Physics.