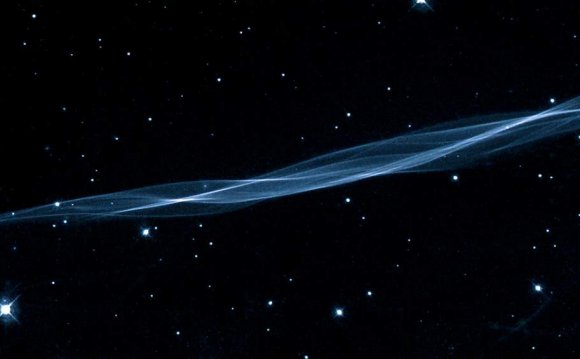 RPC consists of five instruments on the Rosetta orbiter that provide a wide variety of complementary information about the plasma environment surrounding Comet 67P/C-G. (Reminder: Plasma is the fourth state of matter, an electrically conductive gas that can carry magnetic fields and electrical currents.)

The instruments are designed to study a number of phenomena, including: the interaction of 67P/C-G with the solar wind, a continuous stream of plasma emitted by the Sun; changes of activity on the comet; the structure and dynamics of the comet’s tenuous plasma ‘atmosphere’, known as the coma; and the physical properties of the cometary nucleus and surface.

But one observation has taken the RPC scientists somewhat by surprise. The comet seems to be emitting a ‘song’ in the form of oscillations in the magnetic field in the comet’s environment. It is being sung at 40-50 millihertz, far below human hearing, which typically picks up sound between 20 Hz and 20 kHz. To make the music audible to the human ear, the frequencies have been increased by a factor of about 10, 000.

(RPC-Mag) for the first time in August, when Rosetta drew to within 100 km of 67P/C-G. The scientists think it must be produced in some way by the activity of the comet, as it releases neutral particles into space where they become electrically charged due to a process called ionisation. But the precise physical mechanism behind the oscillations remains a mystery.

“This is exciting because it is completely new to us. We did not expect this and we are still working to understand the physics of what is happening, ” says Karl-Heinz.

The sonification of the RPC-Mag data was compiled by German composer Manuel Senfft.

Plasma lifeform brought back from space in my hometown ...