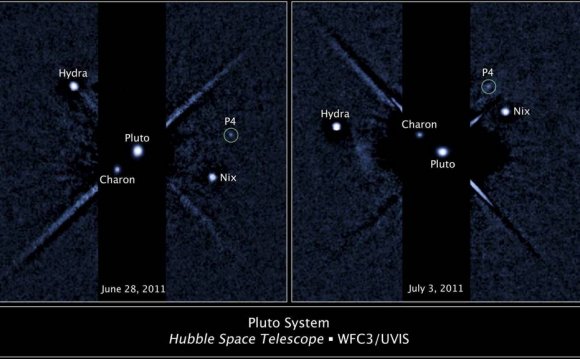 Let us consider a fluid, a drop of this fluid is falling and we can see that something is dragging it backward making it not to fall, how far it can be stopped and to what extent it will flow? To know this we should know the concept of Fluid Mechanics. Fluid mechanics is a branch of physics which deals with the study of nature and properties of flow of fluid.

Fluid Dynamics is a branch of Fluid mechanics which stresses more on the fluid flow.

It is a part of fluid mechanics which signifies fluid flow. It includes:


In fluid dynamics, fluid resistance refers to forces that oppose the relative motion of an object through a fluid, a liquid or gas. These drag forces act in an opposite direction to the flow of velocity. Drag forces depend upon velocity. For any solid object moving through a fluid, the drag is the component of the aerodynamic or hydrodynamic forces acting opposite to the direction of the movement. The component perpendicular to this direction is considered lift. Therefore, drag opposes the motion of the object.

Let the flow of the liquid be incompressible hence we will consider $\rho$ = constant,

The Bernoulli equation is different for adiabatic as well as isothermal processes.

We can write the equation in other form:

The Science of fluids in motion is called Fluid Flow. The fluids can be liquids and gases but not solid. Fluid flow basically signifies the flow of a fluid under various situations like through a pipe, hole etc. It talks about properties of incompressible as well as compressible fluid when under flow. We will also study about the continuity equation which is different for both types of fluid.

Fluid Flow is categorized as,
(i) Streamline or laminar flow
(ii) Turbulent flow
Pascal's law : It states that a change in pressure at any point in an enclosed fluid at rest is transmitted undiminished to all points in the fluid. i.e. the pressure applied in a confirmed incompressible fluid will be transmitted equally in all directions in the fluid.

The Archimedes Principle states that:
When an object floats into the fluid then it displaces its own weight of fluid. Now it should be noted that gas is also a kind of fluid.

When an object or body is immersed in a liquid fully or partially then it experiences an upward force which is in correspondence with the amount of water or fluid displaced.

We can also say that,
Buoyancy = the weight of the fluid displaced.(a)

For example: The hot air balloon rises in the air as the density of the warmer air inside the balloon is lesser than the cool air outside the balloon. There is buoyant force acting on the system and so, the balloon as well as the basket displaces a fluid that is heavier than both of them.

This is the reason balloons tend to fly better in the morning as the surrounding air is cool.

The apparent weight of the object = The original weight – the buoyant force exerted.(b)

Density is described as the mass of a substance per unit volume. It was discovered by Archimedes. Mathematically, Density is defined as:
Density = $\frac{Mass}{Volume}$It is represented by a symbol called $\rho$.

For example: Wood floats on water because it has a lower density than water.

The Upward force experienced by the fluid on the body or the object when it is inserted or immersed in the fluid is called Buoyancy.

Why do you think the crown in water feels lighter than it actually is? When we immerse the body in a fluid then an upward force is experienced by the body. This force is exerted by the fluid on the body which makes it to rise up and is called the Force of Buoyancy. The magnitude of this force is exactly equal to the amount or weight of the liquid displaced.

The Bernoulli's principle was formulated by Daniel Bernoulli. This principle basically gives us a relation between velocity, pressure and height of the flowing non viscous fluid in a horizontal flow.

According to it the speed and pressure of the flowing fluid are inversely proportional to each other.

Hence according to the principle:

For a Horizontal flow if the velocity would increase then the pressure exerted by the fluid would decrease.We have many forms of Bernoulli equation according to the flow of the liquid. It is a consequence of the law of conservation of energy. According to Bernoulli's Principle, the greater the velocity of a fluid, the smaller its pressure. It reveals that the principle of conservation of energy as applied to moving liquids, the sum total of potential, kinetic and pressure energies of a moving liquid must be constant.
Thus, for a unit mass of the moving fluid the Bernoulli's equation is given by:

Here, $\frac{p}{\delta}$, i.e., the ratio of pressure to density is the pressure energy per unit mass of the moving liquid. According to Bernoulli's principle, if we add all the energy components of the flowing fluid along the streamline then we would get a constant value for it throughout the flow of line. Even the sum of the potential and kinetic energy follows a constant value.