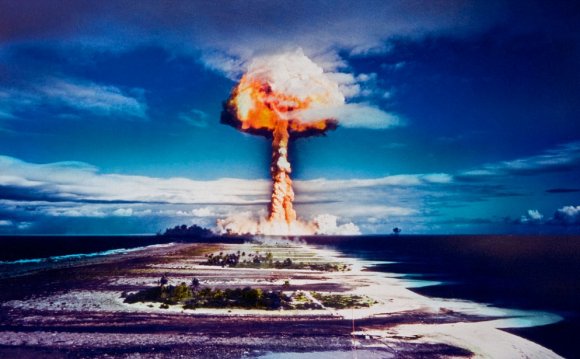 A young man in Angelholm, in the South of Sweden, has been arrested after apparently trying to create a nuclear reactor in his kitchen.

It was only later when the young man contacted Sweden's nuclear power agency that he realized his project was illegal. Police came to his apartment and confiscated the material. The young man was arrested but later released.

I've always been interested in nuclear physics and particle physics. I have read many books about it and wanted to see if it worked. I just thought of it as an experiment.

My project is to build a working nuclear reactor. Not to gain electricity, just for fun and to see if it's possible to split atoms at home.

One post shows the results of one of "Richard's" attempts:

A meltdown on my cooker!!!

No, it not so dangerous. But I tried to cook Americium, Radium and Beryllium in 96% sulphuric-acid, to easier get them blended. But the whole thing exploded upp in the air...

"Richard" isn't the first to try and create a homemade nuclear reactor.

In 1994, David Hahn, a 17 year old boy scout, attempted it in his mothers house and was eventually arrested. Hahn was later rearrested in 2007 after allegedly stealing a number of smoke detectors from the hall of his building. He appeared to have sores on his face that indicated exposure to radioactive materials.

How to Make A Nuclear Reactor