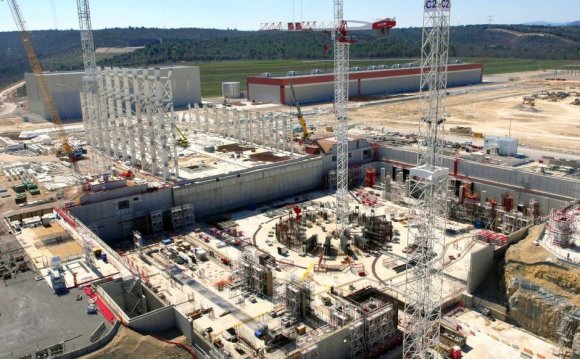 ITER, the international fusion experiment under construction in Cadarache, France, aims to prove that nuclear fusion is a viable power source by creating a "burning plasma" that produces more energy than the machine itself consumes. Although that goal is at least 20 years away, ITER is already burning through money at a prodigious pace. The United States is only a minor partner in the project, which began construction in 2008. But the U.S. contribution to ITER will total $3.9 billion—roughly four times as much as originally estimated—according to a new cost estimate released yesterday. That is about $1.4 billion higher than a 2011 cost estimate, and the numbers are likely to intensify doubts among some members of Congress about continuing the U.S. involvement in the project.

The United States and ITER share a complicated history. The project was first proposed in 1985 as a joint venture with the Soviet Union and Japan. The United States backed out of that effort in 1998, citing concerns over cost and feasibility—only to jump in again in 2003. At the time, ITER was envisioned to cost roughly $5 billion. That estimate had grown to $12 billion by 2006, when the European Union, China, India, Japan, Russia, South Korea, and United States signed a formal agreement to build the device. The United States agreed, essentially, to build 9% of the parts for the reactor, at whatever price was necessary.

ITER was supposed to start running by 2016. Since then, however, the project has been plagued by delays, cost increases, and management problem. ITER is now expected to cost at least $21 billion and won't turn on until 2020 at the earliest. And a recent review slammed ITER's management.