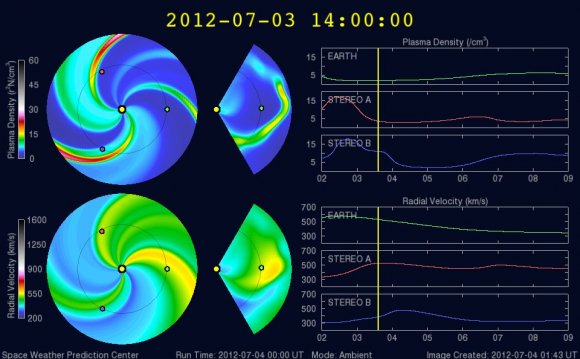 Large-aperture radars detect the high-density plasma that forms in the vicinity of a meteoroid and moves approximately at its velocity; reflections from these plasmas are called head echoes. To determine the head plasma density and configuration, we model the interaction of a radar wave with the plasma without using assumptions about plasma density. This paper presents a scattering method that enables us to convert measurements of radar cross-section (RCS) from a head echo into plasma density by applying a spherical scattering model. We use three methods to validate our model. First, we compare the maximum plasma densities determined from the spherical solution using 30 head echoes detected simultaneously at VHF and UHF. Second, we use a head echo detected simultaneously at VHF, UHF and L-band to compare plasma densities at all frequencies. Finally, we apply our spherical solution to 723 VHF head echoes and calculate plasma density, line density and meteoroid mass in order to compare these values with those obtained from a meteoroid ablation and ionization model. In all three comparisons, our results show that the spherical solution produces consistent results across a wide frequency range and agrees well with the single-body ablation model.

Interaction of high density plasma cloud with a shock